On the eve of the Oscar Sunday, ShortsTV hosted a gregarious function at the historic Mack Sennett Studios in Los Angeles. This 7th annual event celebrated 15 Academy Award short film nominations in 3 categories: Animation, Live Action and Documentary. ShortsTV also honored Jennifer Morrison and Doug Jones with its Visionary Awards for their commitment and championing of the short form of filmmaking. At the event, ShortsTV also announced the winner of its Best of India Short Film Festival: Shunyata (“The Void”).

ShortsTV (ShortsTV.com) is the world first 24/7 short movie channel that brings viewers the best short films from around the world, through cable, satellite and theatrical releases. With the short form, filmmakers are not constrained to the narrative and commercial expectation of a typical feature-length project, so they have the artistic freedom to explore and express their voices. Carter Pitcher, founder and CEO of ShortsHD, excitedly shared with us that this has been the biggest year in the number of moviegoers seeing short films in the theaters.

Past Oscar Winner, Andrew J. Sachs, said that “It’s so exciting to see the young filmmakers in the nominations this year. I was talking to the group of students who did Garden Party which was their senior year project. ShortsTV really provided a platform and opportunity for filmmakers to showcase their work.” Sachs’ short film Two Soldiers won the Academy Award for Best Short Subject in 2004.

Doug Jones, who played the amphibian man in this year Oscar nomination The Shape of Water, talked about first arriving in Los Angeles with his hopes and dreams and worked for a student short film: “I learned so much from that experience and learned that filmmaking is very challenging. I experienced filmmaking at its artistic best, with friends scrapping together money, hopes and dreams and anything that they can borrow, beg, and steal to make their films. They took a chance on me being the center of the piece, so I fell in love with the medium of short films. I have been doing short films ever since, even in between doing big blockbuster projects. I have never got rich off any of those short films but that is ok because I get to play a wide range of characters that a big studio would never take a chance on me.” Jones has done 26 short films in his career. 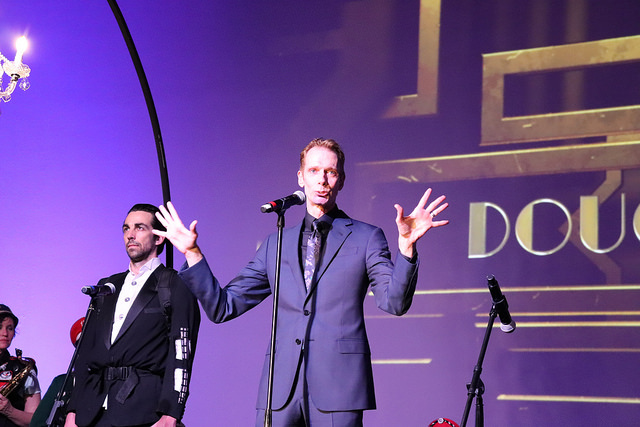 Bill Kroyer, Governor of Animation Branch of The Academy (The Academy of Motion Picture Arts and Sciences) commented that “Animation is the most human form of the art because you can feel the hand of the artist in every drawing, every model, and every character. This year nominations are diverse and explored the politics of the playground, the death of the parents, the whimsical underworld party that we wouldn’t mind be invited to. Artists have embraced technology while still keeping the story at the forefront and as such, all the nominations this year that we are seeing are all very strong character-driven stories.”

Eduardo Roman who won last year ShortsTV Visionary Award said he is grateful for ShortsTV because it gives a platform for young filmmakers to showcase their art to the audience that in the past was not possible.

Jan Lachauer, Director of Revolting Rhymes, a nomination in the Animation category, said “We are very honored with the nomination. It is something that you cannot work toward or expect but it is such a great honor”. Lachauer flew in from Berlin to attend the Oscar. He added that the most exciting thing so far about the project is that it gets the opportunity to reach a big audience. Martin Pope, Producer of Revolting Rhymes, commented “Short films are very challenging in term of distribution and very challenging in term of financing but it’s brilliant in term of the audience. At Magic Light Pictures, we are particularly interested in how the family audience consume content together. Short films are a type of content that financially it should not work, traditionally it did not work but by focusing on the audience, we are able to make it work. Our films are being seen around the world in over 82 countries and we are committed to continue to make it work because we believe that it delivers for all the audience and that’s the most important thing.” 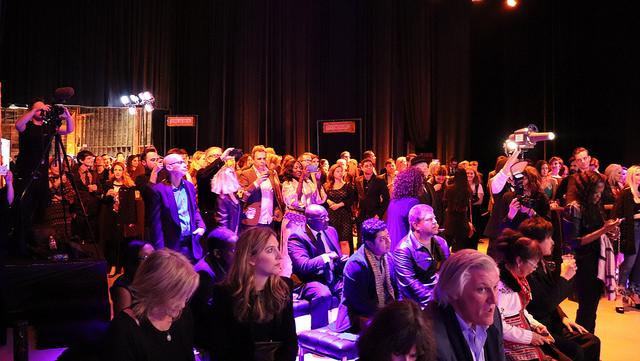 Chintan Sarda, Director of Shunyata (“The Void”) was excited and grateful for his ShortsTV award. He spoke about how his film dealt with second chances and redemption. Shunyata stars Bollywood veteran Jackie Shroff, who plays a remorseful hitman who begins to yearn for a life away from bullets and bodies. It has received great reviews and festival recognition worldwide. Sarda was working for a leading investment bank in London, when his love of movies called him to leave it all behind and take a plunge into filmmaking. “I haven’t regretted this decision for a single day” – said Sarda.

Ru Kuwahata and Max Porter from France, Directors of Negative Space, a nomination in the Animation category said: “We are grateful to ShortsTV for giving the art form that we care so deeply about a platform for theatrical release, a way to reach a wider audience.”

Jennifer Morrison, with a successful career in front and behind the camera, commented that “I have seen over the recent years that people have started to embrace female filmmakers in a different way. Short films are an amazing way for women to start stepping forward and start telling their stories. I feel very honored and lucky to have been embraced as a female filmmaker and I am trying my best to give back in that way and try to hire as many women as I can when I have the opportunity.”

Kevin Wilson Jr., nominated in the Live Action category for his film My Nephew Emmett said “My mother is with me here tonight and she introduced me to the story when we were young kids, so it means so much for us to go to this event and to the Oscar. I am grateful to ShortsTV for the opportunity.”

The event brought together global filmmakers and industry influencers in a warm and inviting environment for sharing and connecting. It even featured an irresistibly entertaining band, Mucca Pazza (“Mad Cow”), a marching band with an eclectic mix of rock and roll, gypsy punk, New Orleans funk, and all the energy and fun that any party should have. While there are several pre-Oscar parties around town, this is the only one where short filmmakers get the special attention that only featured length films get elsewhere.