Our favorite podcast, Social Misconduct, produced by Bushville Entertainment is moving to LA Talk Radio! Tune in Tuesdays at 8pm to hear Mik and B. Walt deliver their thoughts on the funny and craziest news stories on the web.

Social Misconduct launched in August 2014 on Accelerated Radio and Press Pass LA CEO Jennifer Buonantony was honored to be one of their early guests (listen here)!  The show was met with quick success and a growing audience so they recently made the jump to Tuesday nights on LA Talk Radio.

LA Talk Radio is ranked #4 on Google for talk radio, with a seven year track record and millions of listeners around the world across 80 shows.  “We are delighted Mik and B. Walt have brought their awesome radio show, Social Misconduct, to LA Talk Radio, which is the home for dozens of talented hosts with engaging self-produced shows. Our newest hosts, Mik and B. Walt promise to continue to bring their loyal listeners the high-quality entertainment they know how to deliver, and I’m looking forward to their continued radio success,” said Sam Hasson, Owner of LA Talk Radio.

The show will keep the same format. It is hosted by two best friends- Mik and B. Walt- from two different worlds and is a fusion of Hollywood and homegrown hustling! Self-described as “the marriage of uber-intellectual minds with call-it-like-you-see-it attitudes,” the show explores the real stuff that matters…a.k.a. the human condition. The format includes current events, pop culture, dating and relationships, and even the hosts’ personal lives.  Social Misconduct doesn’t just push the envelope, they don’t believe an envelope exists! 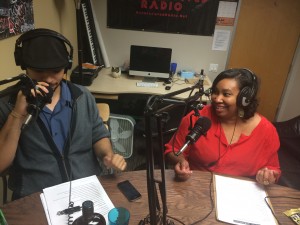 The show will continue with an audio format on LA Talk Radio and later move to the station’s video channel. Archived shows will still be available on their website, iTunes, Soundcloud, Spreaker, Stitcher and the LA Talk Radio website. Listeners can also download the LA Talk Radio app for iPhone and Android to listen live.
To learn more, visit Social Misconduct.