Something Rotten Delivers Laughs and a Little More

Theatre-loving Angelenos were given a special treat Thanksgiving weekend as “Something Rotten” opened at the Ahmanson Theatre.

Set during the Renaissance, the musical tells the story of two brothers, Nick and Nigel Bottom, who struggle to write the next big hit in theatre. Constantly overshadowed by rock star playwright William Shakespeare, Nick seeks help from a soothsayer by the name of Thomas Nostradamus. When Nostradamus predicts that “a musical” will be the next big hit, the Bottom Brothers get to work on a product long before its time.

The musical is directed and choreographed by Tony-winner Casey Nicholaw (2011, The Book of Mormon), who once again proves his natural ability to mold a musical comedy into perfection. The show’s book, written by Karey Kirkpatrick and John O’Farrell as well as it’s score by Karey and Wayne Kirkpatrick, are riddled with slapstick-y joy and hilarious jabs and various musicals; one may even say that it’s as though you could see every show on Broadway for the price of one. 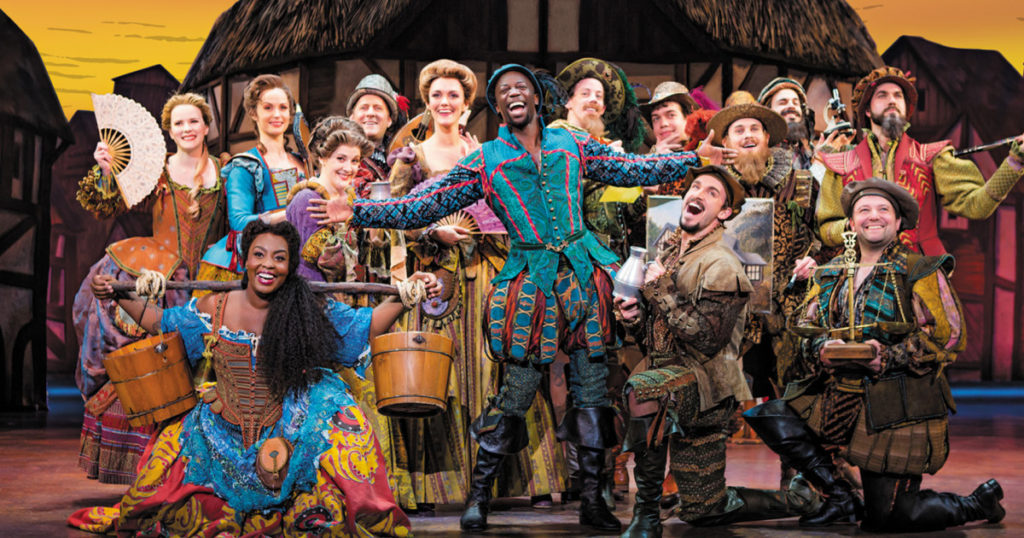 One moment particularly of note is the number, “A Musical”, in which Nostradamus (Blake Hammond) tells Nick Bottom (Rob McClure, direct from the Broadway cast) the ins and outs of what makes a perfect musical. The number is riddled with various melodies references to other hit musicals including Pippin, Les Miserables, Annie, A Chorus Line, and even Chicago. The cast displays their energy in such a full force that it sends the audience leaping to their feet right in the middle of the show.

Also rounding out the talented cast are Josh Grisetti (Nigel Bottom, also from the Broadway cast), Maggie Lakis (Bea), Autumn Hulbert (Portia), Scott Cote (Brother Jeremiah), Jeff Brooks (Shylock), Nick Rashad Burroughs (Minstrel), and Adam Pascal (also from the Broadway cast) as Shakespeare. Full of rib-tickling laughs and a joyous uproarious score, “Something Rotten” is not to be missed. Tickets can be purchased at centertheatregroup.org.