We’ve all had that moment. You know the one, where you are watching an animated film and thinking, how cool would it be to be the voice of a cartoon character! Or when we hear iconic voices like Morgan Freeman or James Earl Jones and are the first to yell out who the talent behind the sound is. Cue Kate McClanaghan, casting director and voice expert.

Kate has trained over 1500 young adult and child talent. She is a casting director and producer, and the founder of both “Big House Casting & Audio” and “Actor’s Sound Advice.” She has more than thirty years of production experience and more than 15 years of casting projects both on and off camera. Most recently she worked with Kodi Smit-McPhee (opposite Gary Oldman in Dawn of the Planet of the Apes).

We sat down with Kate to get her take on the differences between voice and on-camera acting and what it takes to break into the business of branding your voice.

PPLA: Most actors train for on-camera projects, not off- camera. What are the biggest differences an actor should be aware of when reading for a voice-over role?

KM: I honestly see little, if any, differences in acting on-camera compared to acting for voiceover. You should approach a mic in the same way you approach a camera, and include it in your sphere of influence. Voiceover is required of all talent whether they are acting for film or television. Moving toward a camera, you blur and go out of focus. Moving in on a mic, your performance distorts as well. Instead you remain fairly static, rather than moving around all that much. It’s best to simply place your performance just beyond the mic or camera as the case may be. Doing so you include the audience in your thoughts, actions and story. Additionally, acting is acting is acting. Both on-camera and voiceover require point-of-view, skill, and an interest factor that compels your audience. In other words, you’re expected to perform as an actor, rather than a robot. We’re paid to have a pulse!

PPLA: If an actor wants to get started in the world of VO, what are the steps? Voice classes, building a demo tape, finding a VO agent?

KM: Certainly every voice talent has unique assets, skills and abilities, and has their own specific career objectives and goals. All the more reason why every talent requires a custom-tailored approach. Which is why I deal with every talent one-on-one. Every talent requires an updated approach to the industry from time to time, regardless of skill or experience level. Every talent requires a certain amount of training and a game plan that suits their personality, not simply their abilities and goals. We’ve all known talent who are artistic geniuses, however it will die with them if no one knows they exist. It’s up to the actor to promote themselves. The only time you get to simply “walk in and act” is if you’re a child actor and you have the benefit of very savvy, due-diligent parents willing to go the distance to see their young talent succeed. Yet as an adult, the actor must maintain their performance skills as well as run their small business as a working talent if they hope to have a career in this industry. And that’s typically the farthest thing from the actor’s mind, which could explain why so few endure.

PPLA: What services to you offer your students?

KM: At Sound Advice we offer a custom-tailored approach for each individual talent we work with—with the intent objective to establish and further their career, whether that require career coaching, in-studio coaching (utilizing our own exclusive process), demo production, and/or marketing and promotion.

PPLA: As a casting director, have you ever auditioned an actor who just wasn’t great on camera but had a special voice that you thought could work for an animated role or narrator on a show or commercial?

KM: Absolutely. Actors often specialize, and they often discover their niche only after exposing themselves to a variety of media, such as commercial voice-over, narration for corporate industrials or documentary film, or after auditioning for dramatic role in an episodic television show when they’d been concentrating their attention on stage. It’s imperative as an actor you diversify genres and media. The entertainment industry today demands you’re versed in a broad array of media: film, television, voice over, whether these projects be dramatic or comedic. To add to this, mastering improvisation, home recording skills, and retaining some good basic computer skills opens you up to as many opportunities as possible in order for you to ultimately determine your greatest assets and employment.

PPLA: Actors often assume they must have a unique voice to do VO, do you think that’s the case?

KM: Not really. Having an unusual voice often pigeon-holes the talent, offering only a few select opportunities. It typically takes a great deal more tenacity and dedication to break through if you have a sound of this sort. It’s not that it can’t be done, it’s just that it will require a great deal more of you to first make yourself valuable and in demand, and then to maintain any success. That said, being “yourself” is always what’s needed and wanted of you as a talent. The most sought-after actor is one who doesn’t sound like they are being any one but themself.It may seem boring to you, to simply “be yourself.” After all, you’ve been with you all your life. You’re sick of you. Yet, as a professional talent conveying an honest thought, idea, or notion from what you may (or may not) have taken off the page of your script, and giving it a realistic viewpoint with imagination and color only you can bring to it is all anyone who ever may audition or hire you is after.

PPLA: What are some of your acting pet peeves as a casting director? Both on or off camera?

KM: An actor is expected to show up and offer their own imagination and creativity. By the same token, if you are given a suggestion or bit of direction, consider it a gift—you’re expected to embrace it and run with it! Far too many talent walk into a session or audition and expect the world to do their job for them. Many actors almost demand to be micro-managed. And when they are given “exactly what to do,” the actor then complains that’s not how they would have done it, or they were “given too much.” Producers, director, casting directors are damned if they do and damned if they don’t. The truth is as an actor you must learn to self-direct. No one can do anything with you until you do something with the material in the first place. You must be agile enough to take the work in a completely counter direction as the job demands. Instead this is rarely the case. It is no wonder so few talent succeed to the highest ranks in the industry. Very few talent have the dexterity in their performance skills to accommodate a fully dedicated performance, and, if directed a moment later be just as committed to offering a delivery that might be the antithesis of where you were originally headed. It takes a constant and concerted effort to maintain skills this sharp at a moments notice. Yet it’s the job. Beyond maintaining your performance skills as a talent, there are a great many demands of you to running your small business that are just as imperative. Again, this is where we come in as Sound Advice.

PPLA: What is the process of recording your voice for a role like versus working on set with other actors?

KM: The only difference is the hours, the location, and the fact that nearly every performance you deliver is done alone—without the benefit of playing off of other actors. Unless you’re a member of The Simpsons cast. Other than that, it’s typically just you, the engineer, the director/producer, and your imagination to keep you company in the booth. Beyond that… once again, acting is acting is acting. All the same demands apply.

PPLA: People are often surprised to see that VO actors often play a variety of ages and genders. For example the voice of Bart Simpson, a teenage boy, is played by a middle-aged female actress. What advice do you have for actors on their casting voice age range?

KM: Voice talent generally don’t play a variety genders or ages. Again, they typically play themselves or at least some extension of themselves. It’s the polar opposite of what most actors are taught when they go to school to become a professional. As for Nancy Cartwright (Bart Simpson), she’s the anomaly of anomalies! She’s extraordinary in many ways, and these are just two: playing a variety of ages and gender. Further, it’s worth noting most voice over is not animation. It’s commercial work or some variety of narration. As for playing your age or against it, every one is different, but most people play within 10 years of their actual age, either above or below by five years. Most talent between 45 to 65 years of age can play 15 to 20 years both above and below their age. It’s due to this fact I generally don’t recommend voice talent offer their likeness on their promotional materials and web sites unless they are already a well-known on-camera talent. Further, suppose you have a photo on your web site that’s a spirited, playful (borderline silly) image. It may not match the emotional tone of your demos, and may not be what a producer for a conservative corporate client might even take the time to listen to, even if your demos are well-produced ad exhibits precisely what they need and want to represent their corporate brand. If we know one thing about the entertainment industry—packaging matters!

PPLA: So what do you suggest submitting with your demo if not a headshot?

KM: Create a logo that makes your name known. Your logo should look like you sound! Tall order, but it can be done. No photos, just a beautifully designed logo of your name that appeals to anyone who actually IS in advertising, two – four MP3s of your demos—no more! And, of course, your contact info. That’s it. Keep it simple and sleek and easy. If it’s complicated or it looks like you’re selling real estate rather than reliable, professional voice talent—then you won’t instill confidence and you’ll undermine your own authority as a professional.

KM: Many! In fact, every day! This industry is my passion. I never tire of it. I absolutely love it. But, most of all, I love seeing the people we work with flourish and realize the careers they’ve always dreamed of achieving. It’s why we cast, why we produce, why we coach and produce demos. 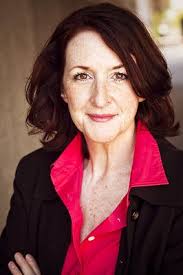 PPLA: Lastly, what prompted you to start your company?

KM: Sound Advice was what I was looking for in the industry but never found it. Certainly many people offer advice. Many produce demos. Few know the industry as we do. No one has worked with as many talent as we have or surveyed those most likely to hire you as a voice talent or actor as we have. That’s one of the many, many reasons we’re valuable. Our goal is not just to produce demos, we aim to create careers.