Straight from LA’s South Bay, Mad Hawkes is bringing “Babe Rock” to the masses – most recently with a show at The Satellite.

PPLA had a chance to catch up with Mad Hawkes before her show at the Satellite on 1/23, the same day she launched her new single Fantasy. 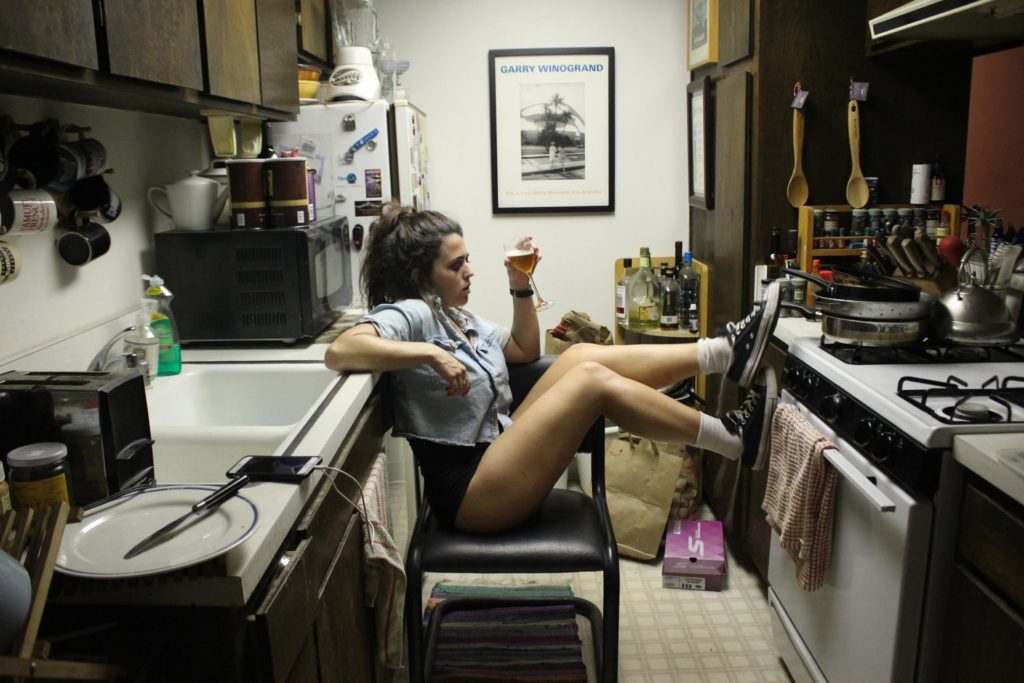 PPLA: How much did growing up in the South Bay influence your music?
MH: Growing up my friends were either in punk bands, surf rock-ish bands or played reggae music. That was basically all the live music I listened to back then. We were pretty grungy kids. It’s hard to speculate on how the South Bay influenced my music style, because it was all I knew. I think there’s a certain grit that has stuck with me and carries over into my music.
PPLA:What was the process like of creating your debut EP?
MH:It was a lot of work, but so fun. Most of these are songs that I’ve been working on for a long time, trying to make them into the best possible version. The producer, Jimmy Messer, and I reworked most of these songs a couple times until they felt super solid. We knew the songs could carry themselves on guitar alone, but really wanted to try something different with production and make them really fun. Im stoked with how the EP has turned out.
PPLA: Do you have any pre-show rituals?
MH: I keep quiet most of the day and try not to think about the performance too much. Otherwise I’ll psych myself out. Whiskey usually sneaks its way into my hands pre-show as well…
PPLA: What are your favorite LA venues to play?/Dream venue?
MH: Favorite venues are The Satellite, The Echo and Resident LA. Dream venue, The Greek!
PPLA: What influenced this album the most?
MH: Heartbreak, big and small. And the plethora of feelings that comes along with that necessary evil.
PPLA: What LA bands impacted you growing up/now?
MH: The Imposters, Weezer, No Doubt.
PPLA: What songs are you most excited to play off the EP?
MH: Besides ‘Fantasy’, which comes out this week, I love ‘Can’t Be Your Mistress’. It’s super groovy and heavy. It just feels goooood. Stoked for you to hear the rest of the EP when it’s released this spring.
PPLA: How would you describe “babe rock”?
MH: Welllll to me, babe rock is any badass female artist doing her thang. Wham bam.
PPLA: How do you think you emulate your musical influences in your own music?
MH: Amy Winehouse has probably been the biggest influence on me, and I’d like to think I emulate her authenticity in songwriting.
PPLA: Favorite LA after-show spot?
MH: Anywhere with beer.