Fans of Cartman where are you? South Park has quite the experiences set for you!  Comedy Central has announced today that the 22nd season of the Emmy® and Peabody® Award-winning South Park will premiere on Wednesday, September 26 at 10:00 p.m. ET/PT and also revealed that the #1 brand in comedy will be bringing two South Park activations to San Diego – Cartman’s Escape Room and the Member Berries Challenge. The South Park Comic-Con escape room will give fans a sneak peek into a bigger, longer branded experiential execution that soon launch in major metropolitan areas across the US. 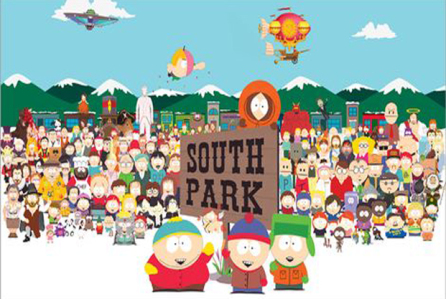 Cartman’s Escape Room is making its worldwide debut at Comic-Con. Trapped! Caught in another one of Cartman’s schemes, fans will now enter the most impossible to escape place ever invented. Ten South Park fans will have a limited amount of time solve a series of puzzles using what they know about South Park to free themselves… before it’s too late. This new South Park activation is free and open to the public at the San Diego Wine Center (200 Harbor Dr. #12, across from the Convention Center) from Thursday, July 19 through Saturday, July 21 from 9:30 a.m.- 7:00 p.m. and Sunday, July 22 from 9:30 a.m. – 5:00 p.m. [More]