Sports Spectacular held their annual awards show featuring the elite of the sports world. This year marked the event’s 30th anniversary and featured many high-profile athletes and celebrities in support of creating a healthier future forour children, by raising awareness and funds to prevent diabetes and obesity. 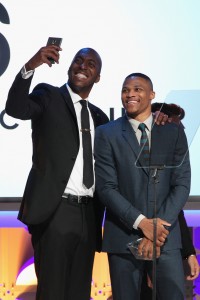 The event was held at the Hyatt Regency Century City Plaza hotel and featured an after-party sponsored by Roca Patron.

Watch above to see what these star athletes and celebs had to say!