Tuesday Trailer: The Spy Who Dumped Me

Mila Kunis and Kate McKinnon have teamed up to bring us ‘The Spy Who Dumped Me’.

Set to premiere August 3rd we can’t wait to see this dynamic duo light up the screen! The film’s storyline follows, Audrey (Mila Kunis) and Morgan (Kate McKinnon), two thirty-year-old best friends in Los Angeles, who are thrust unexpectedly into an international conspiracy when Audrey’s ex-boyfriend shows up at their apartment with a team of deadly assassins on his trail. Surprising even themselves, the duo jump into action, on the run throughout Europe from assassins and a suspicious-but-charming British agent, as they hatch a plan to save the world. ‘The Spy Who Dumped Me’ looks to be a promising comedy! 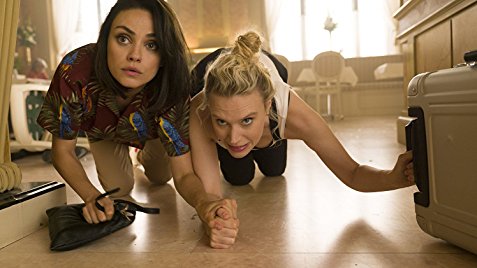