Stagecoach 2017: 5 Highlights From This Year’s Festival 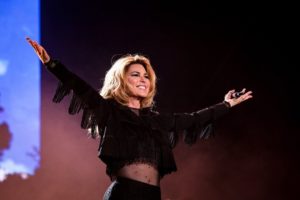 As residents of the Hollywood hills flocked the city for the Indio desert land, they weren’t vacating that way for a third weekend of Coachella. Instead, they were gearing up to take part in California’s official country music festival: Stagecoach.

Although the festivities had come to a close this a week ago, it’s safe to say that this is the country music event’s most successful launch to date. No longer will Stagecoach remain as Coachella’s forgotten sibling–it now stands on its own merits.

Nonetheless, if you missed out on this year’s festival, Press Pass LA has the breakdown of some of the biggest moments that happened at Stagecoach 2017. With all this humble-bragging about the festival, it may make you want to set aside some money to purchase a ticket for next year’s event. 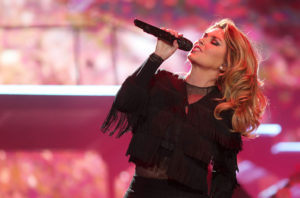 #1 – THE RETURN OF SHANIA TWAIN

After Shania Twain conquered her set at Stagecoach 2017, it’s safe to say that she is back and better than ever.

Prior to debuting her new song titled “Life’s About to Get Good,” she quickly explained to festival-goers that she “wrote this specific song about the good and bad in life and how important it is to have both.” Considering she announced four days before her Stagecoach arrival that her new album is slated for a September 2017 release date, this debut gave loyal fans a taste of what to expect with her new music.

As a fun bonus, Nick Jonas made a surprising and fun cameo. The duo paired up to sing a couple of songs, including “Party For Two” by Billy Currington. Fellow country songstress Kelsea Ballerini also joined Twain onstage to bring some girl power into the mix. 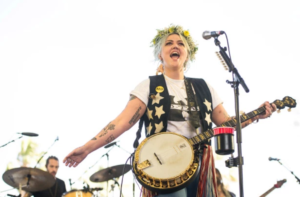 As Stagecoach entered its tenth year, the lineup for the 2017 edition seems hefty in comparison to previous runs.

This year alone, the headlining acts alone were a major draw, including: Dierks Bentley (on Friday), Shania Twain (on Saturday), and Kenny Chesney (on Sunday). 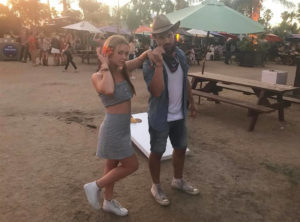 Stagecoach typically isn’t considered to be a priority stop on the minds of many celebrities alike, even if it’s an important platform for country artists to perform at. Let’s face it, a country music festival isn’t going to be on the radar of the young Hollywood elite because it’s not a mainstream happening. Regardless, there were still a fair amount of celebrity appearances to round out the weekend.

Taylor Lautner and Billie Lourd took to Instagram to let the world in on all the fun the couple embarked upon. An invite-only after party held by Boots on Stage also featured the likes of a few Hollywood faces, including Arielle Kebbel (“Ballers”) and Josh Henderson (“The Arrangement”).

Other highly notable names that made an appearance include Cindy Crawford and Niall Horan. 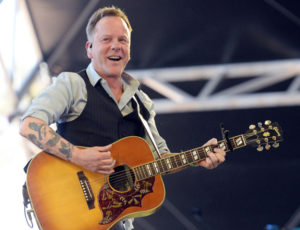 There are many actors that are delusional about their singing abilities. While people like Russell Crowe and Bruce Willis once liked to imagine themselves as musicians, they need to stick to their day job. On the other hand, Kiefer Sutherland—aka Jack Bauer from “24”—actually has real musical ability.

During Sutherland’s Sunday set at the Palomino Stage, he performed alongside his bandmates to a practically full tent. Clearly, you had to be there to really appreciate what this talented man has to offer.

Surprise! That fuzzy thing to the left is the one and only #BradleyCooper on the Palomino Stage during a secret filming session of his upcoming movie, “A Star is Born”! It happened right before @willienelsonofficial’s set! Did you catch a glimpse of him from the crowd? 🎥🎸✨ #stagecoach #astarisborn #ladygaga #countrymusic #coachellavalley (📸: @shadp40)

As Willie Nelson was preparing to take the stage for his Stagecoach set, and his fans were patiently awaiting his arrival, his set was pushed back for an unexpected reason: Bradley Cooper.

Cooper wasn’t a normal festival attendee. He crashed Nelson’s set at Palomino Stage—with permission, of course—to wrap up shooting of his film “A Star Is Born”. According to audience members, the actor was onstage lip-synching to no music. The audience was informed that they were not allowed to hear the audio for “legal reasons.”

I am so excited to star in my first movie alongside someone I’m so lucky to call my friend. I always wanted to be an actress on the big screen. The story of “A Star is Born” is so special and I’m so grateful to Bradley for making my dream come true. Can’t wait for you to meet Ally. She has her first scene in 5….⏰