After the fandom gave heated reviews of Star Wars: The Last Jedi the final installment in Rey’s (Daisy Ridley) journey is set to take place a year after the final events of episode 8.

What we do know for sure is Lando Calrissian played by Billy Dee Williams is set to reprise his iconic role for the conclusion of the 9 part Star Wars saga which follows the Skywalker family. J.J. Abrams is returning as director for the final installment which gives us hope after his success on screen for The Force Awakens. 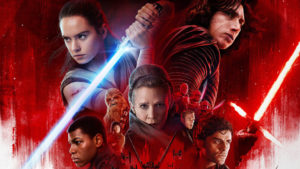 According to Empire Magazine (via @DiscussingFilm), Star Wars: Episode IX will take place one year after The Last Jedi. That’s an important clue as to what will happen next. Not seeing a major time jump between Luke’s death and the actions that will lead to a renewed fight against the First Order means that J.J. Abrams and co. won’t have to explain what happened to the next generation of heroes in a galaxy far away since Luke’s passing. We’re hoping J.J. salvages the franchise after the epic failure that Rey’s big parental reveal was their “nobody”. Disney executives promised fans the main series would always follow the Skywalker family but has so far led us on a merry goose chase. While Rey as a character is wonderful and enigmatic…whats the point if she’s not at least Obi Wan Kenobi’s daughter? Or someone else tied into the events which have led the galaxy to this story point. What are your thoughts on the franchise? Let us know. In the meantime the highly anticipated episode IX did not drop on Christmas day, so we wait.