The AMA’s are trying something new this year with a special Star Wars themed performance that will take place Sunday, November 22 on ABC. 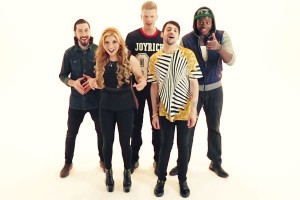 Pentatonix will mix up the Star Wars theme at this year’s AMAs.

To help fans express their passion and excitement for the show, the American Music Awards and Twitter are launching custom Twitter emojis for all performers. All performers will have featured Twitter emojis to celebrate their appearances as they are announced. Viewers will be able to activate the Twitter emojis by Tweeting any of following hashtags from today through the end of the show on November 22: Star Wars: #StarWarsAMAs, Pentatonix: #PTXonAMAs.

Make sure to keep reading Press Pass LA for continuing coverage of the 2015 American Music Awards.