STAYING IN THE DARK: STOPPING SPOILERS

Believe it or not there was once a time before the Internet. I realize that’s going to make me sound very old but it’s the truth. And in those Dark Ages many movie classics were born, some would argue far more than today. And why is that? Because there was still the element of surprise to cinema.

But in the age of the Internet that has become harder and harder. Most movie fans spend their time surfing entertainment sites, such as this one, looking for news on their favorite franchise. And that’s more than okay. There’s a rush to finding out that your favorite movie is going to get a sequel or knowing that the same director has been brought on board to oversee a property. But with the ease of social media it has become harder and harder to remain surprised as secrets sometimes get leaked before the reader has a chance to say whether or not they want to know them.

For example, a few weeks ago a toy manufacturer posted on its site that a key character from the Marvel universe would be making a surprise appearance in the upcoming Captain America film. Rather than hide the name so that those that wanted to know could find out on their own they put the name in the headline along with a picture. Now, whether you want to or not, you know a major plot point of the film and it doesn’t even come out for three more weeks. So much for shock value. 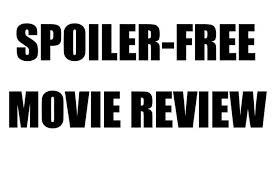 Publications like Cinema Blend, Screen Rant and especially Comicbookmovie.com are some of the worst offenders of this practice. While I understand that it is the job of a journalist to get the scoop on a big story it shouldn’t be for the sake of sacrificing the movie itself. Imagine if someone told you the ending to Breaking Bad three months before it aired. No matter how good the rest of the series was you knew exactly how the other shoe was going to drop before it dropped. It takes the fun out of the whole experience.

So I am asking my fellow journalists to use discretion when it comes to reporting on entertainment news. After all, our job is to serve the moviegoers and fans and help make the experience as enjoyable as possible to them. Cut out the reliance on spoilers in articles at least until the movie has been released (and even then put up a warning in the articles). Sometimes ignorance is bliss.