Stevi Madison is on the rise, and not to be missed. This year alone, the talented and charismatic singer was selected to perform for Mario Lopez and Maria Menounous on Extra’s The Voice Bootcamp Experience. Last month she won Live Nation’s talent contest and had the opportunity to sing on stage alongside Keith Urban.

We caught up with this charming lady to chat about inspiration, struggle, and staying strong in a cutthroat industry.

PPLA: When did you start writing and performing?

SM: I grew up doing musical theater and choir as a kid and wrote my first song on piano when I was 12. It wasn’t until I was 18 that I sat down and co-wrote with someone for the first time. I put a band together and started playing out when I was closer to 20 though.

PPLA: Did your parents put you in music lessons or did you just kind of pick it up? 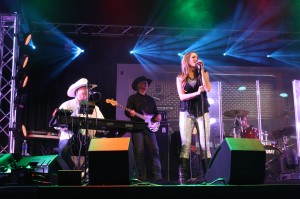 SM: I was mostly taught by my mom when I was little. When I was an infant, she used to sing to me while she would give me baths and I would stare wide-eyed and smile constantly. Then one of my grade school teachers had told her I had perfect pitch in one of my music classes. I think, at that point, my mom felt she needed to continue exposing me to music in school or even in after school activities.

PPLA: What or who has been your inspiration thus far?

SM: I’ve always looked up to the vocal greats. I was obsessed with the challenge of mimicking Whitney Houston’s powerful voice. When Titanic came out, I learned Celine Dion’s “My Heart Will Go On” and sang that a million times. It doesn’t matter how many years go by, I can STILL play that song like I’m on auto-pilot. I’m constantly inspired by really beautifully written songs like Jamey Johnson’s “In Color”. I’ve paid attention to lyrics ever since I bought my first CD. I would take out the insert and read the lyrics on each song. I have great admiration for the songwriting process and it’s only grown since I lived in Nashville.

PPLA: What has been your biggest challenge?

SM: Gosh, everything is a challenge in this industry! [laughs] But I suppose the biggest challenge is catching that break. I’ve been very fortunate over the last year to meet amazing people and the chance to perform with Keith Urban earlier this month was unreal. It’s a crazy, crazy thing to constantly network, constantly promote yourself, write a song idea (at the very least) every day, play shows almost every weekend, eat right and find time to work out. I don’t sleep very well anymore because my brain is constantly thinking of more things I should be or need to be doing. It’s worth it though because at the end of the day, my life is fulfilled and every bit of it is for doing what I love.

PPLA: Tell us about Nashville! What would you describe as the pros and cons versus those of OC/LA? And where’s your favorite restaurant for both?

SM: If you’re in country music, it’s a no brainer… Nashville is the place to be. I’ve been fortunate though. I’ve lived in Nashville twice now and it’s easy to get intimidated by all the amazing talent that’s constantly surrounding you. Being back in CA this last year, has given me a chance to shine in a different setting. I’ve been recognized by the music scene out here and was even featured by CBS LA as one of the “best singer/songwriters in OC”. The only con about being out here in CA is the lack of country venues and country songwriters. If you want to do country, you have to ultimately be in Nashville because you have more opportunity.

As far as restaurants go, Nashville is a HOT spot for foodies! It’s just incredible how much the city has grown. I am a huge fan of several restaurants in Nashville AND there are a lot more craft cocktail bars where I can appreciate a great bartender (shout out to Patterson House). Orange County has Mesa in Costa Mesa that has that same vibe. If you’re a fan of Chartreuse, they have a cocktail called The Green Al. I could sip on those all night long. I’ll give a shout out to Villains Tavern in Los Angeles, too. They have live music, delicious food and tasty beverages. Wow, I’ve definitely leaned more bar than restaurant… does that make me an alcoholic?

PPLA: What is the song you are most proud of and what is the story there?

SM: Right now, it’s a song I co-wrote this summer with my good friend Adam Shick. We’ve actually written another one of my favorite songs together called “Make The First Move”. Here’s where things get corny. I had gotten out of a seven year off-and-on relationship with a guy I had always wanted things to work with earlier this year. I was heartbroken but had finally gotten to that “Hey, I’m great! I don’t need a guy” stage.

Well, I was headed to Nashville for a full week in the middle of July and the first day I was in town, at the pool, I met a guy who was really sweet and easy to connect with. It was really nice to finally feel like I could move on and I felt inspired to write the song Adam and me titled “Easy”. Of course, Adam is happily married to the love of his life so the song came together so perfectly. I just smile the whole time singing it because it’s so positive and heartwarming. That’s what love is supposed to be about, right? It’s never supposed to be hard… with the right person, it really SHOULD be easy. 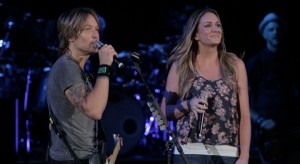 PPLA: What was the most difficult song to create?

SM: The songs I never finish… [laughs] A song you have to keep going back to, or don’t end up feeling inspired by once you get into the chorus, is never a good sign. No song will be difficult if you feel passionate about its story.

PPLA: What is your favorite song to cover?

SM: When I want to show my vocal range and have fun, I have two: “Last Name” by Carrie Underwood and “Two Step” by Laura Bell Bundy. The song I love to sing with a great message is “I Hope You Dance” by LeAnn Womack. There are a bunch of others that are fun to perform but those are in the top.

PPLA: What has been your greatest learning experience?

SM: What hasn’t? [laughs] Moving to Nashville in 2012 and literally sitting on the sidelines because I was afraid to pursue my passion. Fear is an awful thing and not believing in yourself is even more awful. I am so grateful and blessed to have that experience though because I realize now that YOU make your own path. If you don’t believe in yourself, no one else will! It wasn’t a total waste, don’t get me wrong, I just wish I had realized all that precious time I threw away because I wasn’t confident in my abilities at the time.

PPLA: Do you have any pre-performance rituals or superstitions?

SM: Not yet! But I am completely open to starting some fun ritual with my band mates. Maybe we could huddle together, do a pep talk and then have some sort of saying like the Three Musketeers did! I wouldn’t be opposed. I’m a dork.

PPLA: Willing to share any fun travel or performance stories?

SM: I haven’t had anything trump my Wyoming gig a few years ago yet. It was amazing because my band at the time got along really well and we would do a bunch of random stuff together. During the day we’d go hiking in the Rockies, horseback riding, we visited that hotel where they filmed The Shining, exploring in Cheyenne, or exploring in Denver/Fort Collins, and then perform at night. Then after the show, we’d retreat to my bass player’s RV and eat these gigantic chocolate bars. Being out in the middle of nowhere… there was just something really magical about the whole trip.

I have a Vegas show coming up November 21st and 22nd at Gilley’s in Treasure Island with my current band Country Nation though. THAT could potentially become a very fun travel story. I’ll keep you posted.

PPLA: Where can we get sparkly pants like yours?

SM: I’m never telling! Just kidding! I got them at BeBe on the clearance rack. [laughs] I get requests to wear them sometimes, it’s pretty funny. I initially thought they might blind everyone with the stage lights and all, turns out they’re a pretty big hit!

PPLA: What is your advice to aspiring artists?

SM: It’s likely going to be a long road, but never lose sight of where you’re going. Don’t let rejection get you down, either. It’s important to have people in your life that can give you really great pep talks when you’re down and it’s important to always be growing and learning. Every experience will teach you something new. Never short change a negative experience because there’s a good chance there’s ONE good thing that came out of it… you just don’t know it yet. I’m a firm believer in everything happens for a reason.

PPLA: What’s next for you?

SM: There are a lot of great things in the works! Fingers crossed that I’ll be on the road soon coming to a city near you! You can stay informed by finding me on annnnnny of the great social media platforms. I feel like I’m on eighty of them: Facebook, Twitter, Instagram, and YouTube. You are all cordially invited to the Vegas show, we’re starting with Fireball shots and someone will be wearing my sparkle pants by the end of the night. What happens in Vegas… 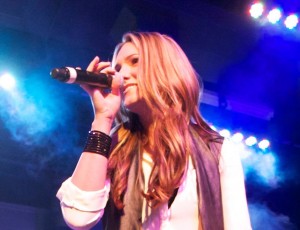 Stevi is currently recording and has an EP coming out this fall. Keep up with her at SteviMadison.com