The Sunset Strip is synonymous with Hollywood’s elite. It comes as no surprise that The Viper Room’s re-opening was a resounding success. Celebrities came out en vogue to support this epic venue’s return to the legendary Sunset Strip. 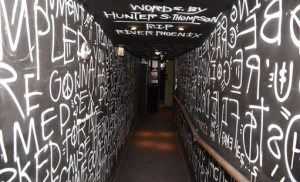 The night began with throwback tunes spun by the one and only DJ Zen Freeman who handed it off to the indie rock band Stokeswood. They rocked the house with their set. As the crowd was vibing to the returned tunes of the DJ blaring through the legendary walls of The Viper Room, we took a walk outside to a packed line of invitees. The turnout for the evening was one hundred percent; unheard of in a town like Hollywood. Unless you were top tier celebrity like Alessandra Ambrosio, Vanessa Hudgens, Austin Butler, or Cheryl Burke even a confirmed rsvp was a wait in line. 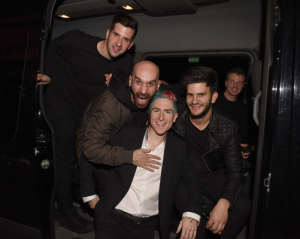 The energy and anticipation was palpable leaving you feeling as if Johnny’s (Depp of course) original opening was christening this one. As guests enter, you’re immediately taken in by the matte black walls 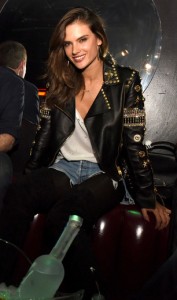 contrasted with stark white writing; a quote by Hunter S. Thomas. Leading into the back room’s open bar that was flowing all night as celebs rocked to hit after hit.

Next up was the evening’s headliner the chart topping indie band: X Ambassadors (who you may know from World Cup fame). Like rock star pros X Ambassadors rocked the house with their electric acoustic set.

If opening night is anything to go by we can expect The Viper Room to resume it’s crown as the best of Rock N’ Roll clubs in the city of angels for a long long time.