Surfer turned singer, Gunnar Gehl is already making waves in the music industry. We spoke to him backstage at The Wiltern last night where he opened for PRETTYMUCH on The Funktion Tour.

“I spent most of my days at the beach surfing, but I always felt there was a crucial piece of my life missing.  Music filled that void,” he told Press Pass LA.  Once he found his passion for music, Gunnar immediately started recording in a surf studio close to him and released his first single “Ocean Blue” earlier this month.

“Ocean Blue” tells the true story of the ‘one that got away.’ Gunnar said he locked eyes with a mystery girl on the beach, but didn’t approach her and can’t stop thinking about what he could have said or done to this day!

We also spoke to Gunnar’s father backstage who told us that this show was one of the first times Gunnar has performed on stage since his junior-high days. We certainly wouldn’t have guessed as Gunnar’s stage presence makes you think he is a touring veteran. He seamlessly switched out his guitars several times, threw his own sweatshirt to fans, and even gifted one lucky fan a drumstick.  Gunnar also played a few popular cover songs, including Shawn Mendes’ “Life of the Party” and Justin Bieber’s “Love Yourself” which got the crowd geared up for the main event, PRETTYMUCH. 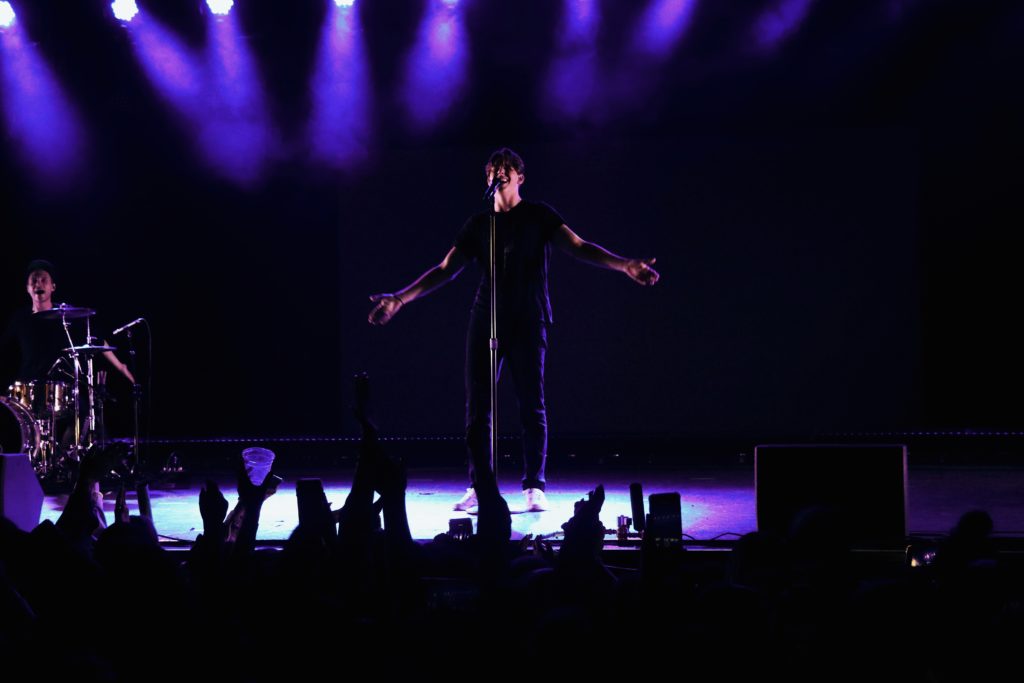 And ladies, in case you’re wondering if this surf stud is single… in the midst of his set, Gunnar told a story about a girl who caught his eye. Lucky for the fans, his mom of all people didn’t like her! We guess his lucky lady is still somewhere at sea 😉 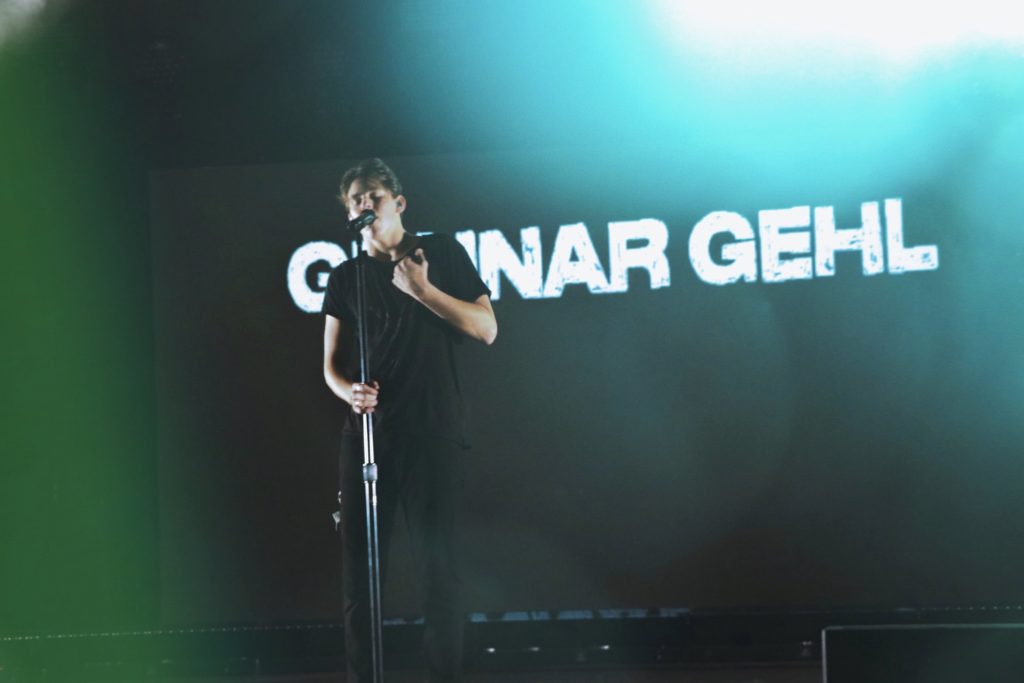 Gunnar did share that he’s made great friends with the boys of PRETTYMUCH while on tour and credits all his success to his fans. To see Gunnar live, check out the PRETTYMUCH tour dates nearest you.