The 2017 Grammy Nominations Surprises and Snubs

Ladies and gentlemen, it’s that time of the year again. The 2017 Grammy nominations are out and it’s all the rage on social media. Naturally, we need to discuss every gritty detail regarding the top highlights of music’s biggest night.

This year’s show appears to be a battle between Beyoncé and Adele. The two Grammy winning pop divas will duke it out in remotely every top relevant category, including Album of the Year. Ultimately, this leaves the Recording Academy to come to terms with a tough decision. After both music icons released respectable comeback albums earlier this year, how will they decide who takes the crown? Fortunately, us outsiders don’t have to bear with the burden of making that decision.

Adele received seven nominations this year and Beyoncé likewise nabbed nine (winning the most nominations this year, surprisingly including Best Rock Song). Either way, there is no way these two will walk home empty handed. Yet, on the off chance Beyoncé is slighted in any way, the BeyHive won’t hesitate to swarm the internet.

Justin Bieber’s comeback season is not over yet. The young pop sensation and previous Grammy winner scored 4 nominations for his highly praised album Purpose. To top it off, Bieber made his way into the “Album of the Year” category. Beliebers are on cloud nine after this revelation, of course.

As no surprise, Drake and Kanye West dominate the hip-hop/rap categories as they both snatched 8 nominations. Yet, we are confused as to how Grammy voters passed up on Drake’s “One Dance” over “Hotline Bling” We’re assuming it has something to do with all the memes that followed Drake’s video release for the lead single from Views. However, Chance the Rapper unexpectedly received 7 nominations within the hip-hop/rap categories with his history-making streaming-only album, Coloring Book. But, these nods to the Chicago-based artist were well-deserved.

The Chainsmokers expectedly made a splash within the dance music category after a successful chart-topping year, all while nabbing a nomination for Best New Artist. Although the odds are in their favor, they still have to compete against veterans of the genre like Flume.

Country newcomer and Best New Artist nominee Maren Morris managed to make her mark with Grammys voters after receiving not 1, but 4 nominations total. Morris joins the ranks of other female artists dominating the country music categories this year including Carrie Underwood and Brandy Clark. However, Sturgill Simpson is still country music’s top contender after sneaking his way into the Album of the Year category.

The rock and alternative categories fill out according to standard with appearances from Radio-head, Bon Iver, Cage the Elephant, and Twenty One Pilots to name a few. As for who will come out on top this year, it’s tough to say because the contenders truly put their best foot forward this year. 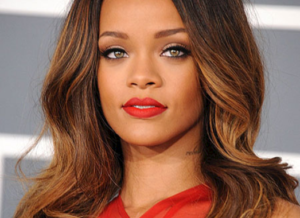 In terms of this year’s, we personally don’t think the Recording Academy faired too bad in electing their choices. However, it’s still essential for us to discuss the forgotten souls of this year in music.

Rihanna’s work failed to go unrecognized this year. Grammys voters nominated her in major categories, including Record of the Year and Best R&B Urban Contemporary Album. However, what went with the minds of Recording Academy members when they decided to pass up on nominating Rihanna for Album of the Year? ANTI is a stellar effort from the daring pop song-stress in which she elevates her game altogether. As a word of advice, the Recording Academy should consider expanding the Album of the Year category—like the Oscars Best Picture category—to allow more artists a chance at the title. 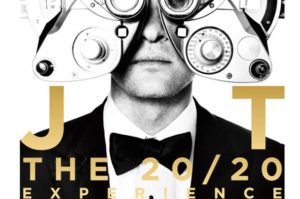 Justin Timberlake can’t seem to win with the Grammys as of late. Although his revolutionary album The 20/20 Experience tended go under the radar by not receiving recognition within the major categories, fans had hope for a nod his way with “Can’t Stop This Feeling.” Although the Max Martin-produced song was meant to compliment his upcoming film Trolls (2016), its catchy beat and happy feel quickly made it a summer smash. But, the Grammys couldn’t squeeze Timberlake into the Song of the Year category at the very least. As a consolation prize for creating his No. 1 hit, the decided to pass along the Best Song Written for Visual Media his way.

David Bowie is a big snub on the minds of music fans nationwide as he’s gone unrecognized for his work yet again. However, Grammy voters have never been completely partial to the late art-ist’s work. Sure, his final album Blackstar made appearances within three categories, including Best Rock Song. However, many feel that he deserved a slot in the “Album of the Year” category. Yet, the Album of the Year category will already be a tight race this year even without Blackstar’s presence. 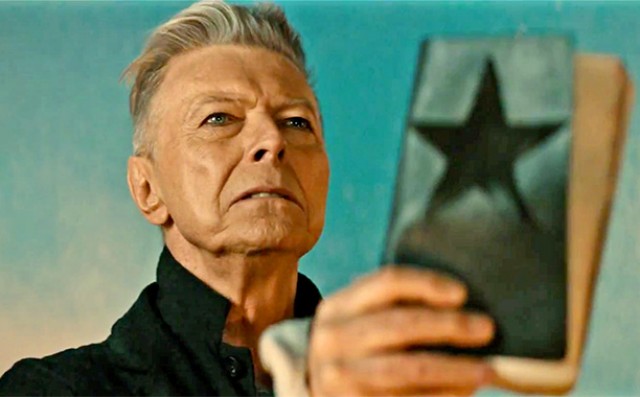 Selenators were disappointed to see the lack of attention in Selena Gomez’s direction. After a rough year where the former Disney starlet made the tough decision to take a break to focus on her health, many speculated whether or not she would receive a Grammy nod for the vulnerable tracks she presented on Revival. However, we must not forget that Gomez’ vocal abilities are moderate at best. Although she has proved to be a chart topper, she has not produced stellar work to merit a Grammy nomination, let alone win. If the Recording Academy were to reevaluate young vocalists they’ve snubbed this year, they should look into Alessia Cara (“Here”), Charlie Puth (“We Don’t Talk Anymore”), Fifth Harmony (“Work From Home”), Shawn Mendes (“Treat You Better”), Troye Sivan (“Youth”), and ZAYN (“Pillowtalk”).

Lastly, where is Britney Spears? The pop princess has struggled to make a dent in the Grammys categories since receiving her nomination for “Womanizer”, but that was in 2010. After taking a wrong turn by collaborating with Iggy Azalea in summer flop “Pretty Girls”, Spears had to reevaluate her album. “Make Me…,”  her collaborative comeback effort this past summer with G-Eazy, worked in her favor and her ninth studio album followed in suite. However, Glory is any-thing but what it claims because it doesn’t capture the ‘Britney magic’ that we all know and love.

Music fans may be disappointed to see that artists like Lady Gaga and Frank Ocean didn’t re-ceive any recognition from the Grammys after releasing critically praised albums in late 2016. However, these artists’ albums managed to miss the September 30 deadline to submit their work. Fortunately this gives them a chance to potentially make the cut next year.

What do you guys think of the Recording Academy’s selections this year? Sound off your com-ments below! Don’t forget to tune in to see what James Corden brings to the table as host of the Grammys February 12, 2017 on CBS.

Best R&B Performance:
“Turnin’ Me Up” — BJ The Chicago Kid
“Permission” — Ro James
“I Do” — Musiq Soulchild
“Needed Me” — Rihanna
“Cranes in the Sky” — Solange