THE AMAZING SPIDER-MAN 3 DELAYED: WHAT THIS MEANS FOR THE WEB-SLINGER

Ain’t It Cool News subtlety dropped a bit of information this week that, if true, will have a major impact on the world of Spider-Man as a film character. According to the report, the next Amazing Spider-Man sequel has been pushed back a full year for reasons currently unknown.

This isn’t overly surprising when you take into account not just how bad Amazing Spider-Man 2 is as a film but how poorly it did at the box office. Despite surging numbers overseas, the film essentially tanked in the U.S. bringing in the lowest box office sales of the series. Typically this wouldn’t be a huge deal but ASM2 was built as a stepping-stone to a much larger Spider-Man universe. Sony has gone on record as saying that, at one point at least, it planned on releasing a new Spider-Man related film every year as a part of a shared universe model.

What this delay tells us is that it Sony has flinched on its long term plans for the franchise. This is where things get tricky. So much of ASM2 was spent world-building with at least somewhat of a clear plan in place that if the studio does decide to take a new direction (which would take at least a year of planning and production) it would undo any goodwill of the previous installment. This leaves the studio with three possible choices:

1. Try a new approach: it seems like this is the plan so far but only time will tell what the studio does in the long-term. Building a whole universe around a single character (apparently the only hero in the city) is a dangerous idea simply because eventually you will run out of storylines. Not only that, every time the studio delays its cast grows older making the plot all that more unbelievable.

2. Reboot: Yes, reboot. Again. The Amazing Spider-Man is already a reboot of Riami’s Spider-Man films which are still fresh in people’s memories. But unless it tries a new approach to the character this is quite literally the only other option that will keep the rights to Spider-man with Sony. In the comics a few people besides Peter Parker have played the web-slinger so it might be possible to keep it in-universe but that would mean an extreme deviation from the current storyline of the films. This plan is hindered by ASM2 producers Avi Arad and Matt Tolmach going on record as saying that Peter Parker is the only person who will ever play Spider-Man onscreen. Once again, this seriously shuts down potential storylines for the films.

3. Bring the character back to Marvel: While comic fans might rejoice at this move it would be disastrous for Sony. The Spider-Man films have been dependable tentpoles since the early 2000s. Taking the character out of its stable would be like knocking out a crutch. On the other hand Marvel Cinematic Studios would finally treat the hero right and more than likely add him into a future Avengers movie, albeit not for a long, long time. Marvel has movies planned out until at least 2028 which means that if the property were to somehow revert back to the studio they would have to find a way to integrate the already complex character into its fully functioning universe. 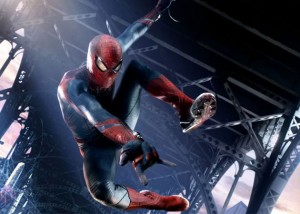 It is feasible the web-slinger would make an appearance in Avengers 3 but more likely Avengers 4 which wouldn’t be until at least after 2020. That would take Spider-Man out of the game for quite a while by cinematic standards.

Out of all the possible choices though going back to Marvel is without a doubt the smartest option. Audiences seem to be getting tired of the character so it no longer makes sense for the studio to keep throwing money at something that brings diminishing returns. By selling Spidey Sony could use the money for another, wiser investment.