The Purpose World Tour is one of the most anticipated shows this year.

LA Live filled with Beliebers of many ages hours before doors opened. Fans gathered with signs, handmade t-shirts, and I even spotted a few with face paint. Justin Bieber has always been a great performer, and this was something I couldn’t wait to see. 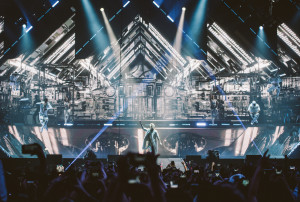 Justin Bieber tore the roof off of LA Live for The World Purpose Tour.

Doors opened and you could hear fans screaming from the other set of doors, which triggered the one by me to burst with excitement. The two opening acts, Moxie Raia and Post Malone, lit up the stage and got the fans moving and warming up for Bieber. Lights dim, let’s go!

Bieber popped out of the stage inside a clear box opening with the song “Mark My Words.” He wrote lyrics on the glass, pointing out at fans, and really connecting the words with them. Glad I brought ear plugs, because I’ve never heard such excitement! He continued performing songs off of his new album “Purpose” with like “Where Are U Now” where him and his dancers jumped right out of the stage to start it off. Other songs like “Get Used To It,” “I’ll Show You,” and “Company” were on the set list.

Bieber’s show is spectacular. From the pyrotechnics to a floating trampoline, he’s got a show that is visually awesome. Even better to pair it with a fantastic band and great vocals from him. This is a show you’re going to want to find a way to get tickets for, even if it costs you! It’s too good! You can also see more from him by checking out his page on the BKSTG app. 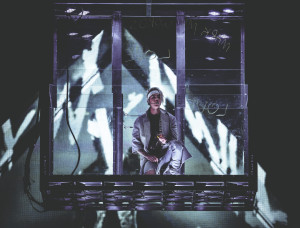 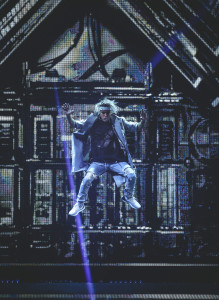 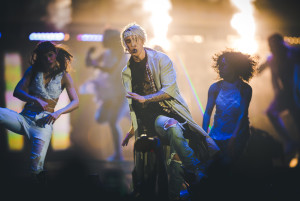