The Paley Center For Media hosted a screening followed by a Q & A for one of CBS’s newest series, “Code Black.” The series takes place in an overcrowded and understaffed emergency room in Los Angeles County, and is based on the documentary by Ryan McGarry. 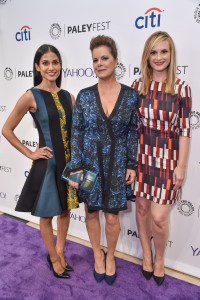 Before the screening and Q & A, the cast and producers of CBS’ newest medical drama walked the red carpet to give us some insider info on the series and what was to come. When asked how “Code Black” was going to differentiate itself from all of the other medical dramas out there, every actor had their own take.

Luis Guzman described the show as being ‘intense’ but also how the strong ensemble cast creates fascinating stories in and out of the hospital. “It is a very intense show, it is different in the sense that it shows the true life of what it is to run a trauma center, the people that work it, and the people we service. It pretty much shows how we all work as a team to save lives. This show is all about ensemble cast.”

Raza Jeffrey talked about his concerns with doing a medical drama, but at the end of the day, it is one of the best ways to tell a story. “When I first read the script for this, I thought, ‘does the world really need another medical drama?’ But at the same time, its a great way of storytelling. However we have a much more gritty look to the life in an ER, there are three cameras, its lit differently and makes it all that much more gritty. However if we are in the same league as shows like ER and Grey’s Anatomy, then we are doing something right.” 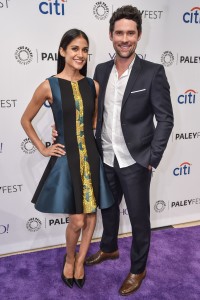 When speaking with William Allen Young, he also gave great insight about what makes Code Black truly unique. “All of the other medical dramas that I have seen, I have been able to sit on the couch at home and feel like a spectator watching some action going on away from me. However in Code Black we bring the audience into the operating room with us, into the emergency room. We wanted to raise the stakes with the audience, we wanted them to feel like when the commercial break came, they needed that break because they are going through everything with us.” Young also spoke about the tone of the show and how being based off of a documentary affected that. “I think that the documentary set the tone for us. When you are doing something based in real life, there is a whole commitment to authenticity, based on the people that have actually done this, and we want the audience to be a participant in this.”

The amazing Marcia Gay Harden had a fantastic explanation of what really makes Code Black different from anything else an audience has ever seen before. “The other medical shows are extraordinary, we steal whatever we can from them. The universal stories, those are all the same. But ours is docu-style, it is down and dirty medicine, it is not a comedy like “MASH,” but it is battlefield medicine. It is set in a hospital inspired by LA county, which has to give medicine and care to everyone, so it gives you different slices of life than the other shows.” 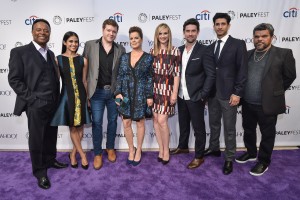 Lastly, we were able to speak with one of the executive producers Michael Seitzman, who explained how they were able to create the tone of the show. “What you are seeing is not only the world that you see in the documentary but it is also the tone that we have created. The documentary was so different than anything I had ever seen before, and I had never seen anything to that degree and I wanted it to be a televisions show. Then I met Ryan (co-executive producer Ryan McGarry) and he also wanted it to be a television show, thus a friendship was born.”

Don’t forget to tune into the premiere of Code Black on Wednesday, September 30th at 10/9c on CBS!