It took him nearly 72 years, but as one of the most influential and outstandingly hilarious comedians of the last century, Rodney Dangerfield’s legacy may have finally earned the respect it’s always deserved. 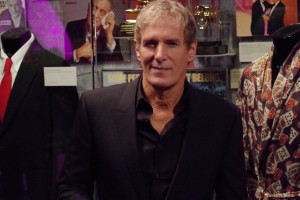 The late comedian was inducted into the Grammy Museum Sunday night by a panel of friends, fellow comedians, and his wife Joan Dangerfield; the exhibit is titled, “The Comedic Genius of Rodney Dangerfield,” and will be open through February 2015. It features his 1980 Grammy for his album No Respect, as well as one of two sets of that iconic black suit and red tie. Original, hand-written jokes on cardboard sit next to photos, a movie poster of Caddyshack, and his famous worn robe—one that many of his peers and close friends testified he wore backstage with just black socks and, much to his humor as much as theirs, quite little underneath.

For over an hour, the panelists entertained one another and the audience with the emotional, and ever humorous, tales of their experiences with the late comedian. Each had one unique story to tell after another, and in their remembrance of one of the greatest voices and monuments to comedy—as well as the tragedy of it’s loss of his talent in 2004—the night was filled in its entirety with laughter.

“One of the things I’ll miss most about Rodney, is when he would call in the middle of the night and say, ‘Hey Harry, you think this is funny?’ And he was writing a joke, he was so excited about writing a new joke and to try it out in an act or on the Tonight Show,” Basil admitted to the audience—Dangerfield had hand-picked the young comedian at his act at the world famous Comedy Store.

It was a common theme for him. The Dangerfield’s Comedy Club, the longest running club in the history of comedy clubs, helped popularize some of the biggest names in comedy in the last twenty-years, including Jerry Seinfeld, Jim Carrey, Tim Allen, Roseanne Barr, Robert Townsend, Bob Saget, and panelist Anderson. 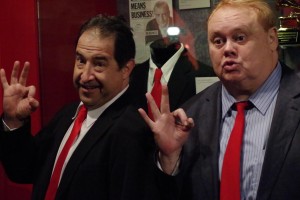 Anderson’s first experience with Dangerfield happened in his hometown of Minneapolis, at a comedy club in which he and his friends invited the comedian to come watch them perform at.“We’ve been friends ever since. He had me on his first comedy special, and I loved him,” Anderson said of his beloved fellow comedian.

More than just his immense sincerity, graciousness, and commitment as a comedian to his trade, it was his material that made Dangerfield so popular to virtually every person who heard or saw his routines. His one-liners are some of the best ever written and portrayed the struggles and frustrations of the average man.