It is that time of year again, time for the geek to rise.

The San Diego Comic Con is a pilgrimage for many in the geek community and can be a little overwhelming if you’re not prepared. That is why Press Pass LA has compiled a list of the panels and events that you simply cannot miss.

6:00-10:00 p.m., Ballroom 20– Though Wednesday is technically preview night there is still a lot going on.  For a great sneak peek at some of TV’s hottest pilots make sure to check out the screenings tucked away in ballroom 20. Presentations include: Supergirl, Lucifer, Containment and Teen Titans Go! 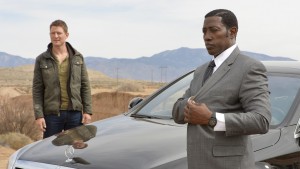 Check out The Player panel at SDCC 2015.

1:15 a.m., Room 6A– Wesley Snipes will be on hand to talk about The Player, his new action series premiering this fall on NBC. Snipes is usually pretty private so a chance to talk with him one-on-one is a unique opportunity, especially in light of his proposed comeback.

2:15-5:15 p.m., Hall H– The coveted Hall H is where the action is at for most of the convention but thankfully on Thursday you won’t have to leave your spot for a solid three hours. That window includes two of the best panels of the day, Doctor Who and Con Man. The Doctor Who panel will have not only Jenna Coleman (Clara) and Michelle Gomez (Missy) but The Doctor himself Peter Capaldi answering your most pressing questions.

Immediately following that is the Con Man panel. For those not following the show’s progress, Con Man was created by Firefly’s Alan Tudyk as a kind of mini-reunion  for those in the beloved cult series. The panel will include Tudyk, Nathan Fillion, P.J. Haarsma and Mindy Sterling. 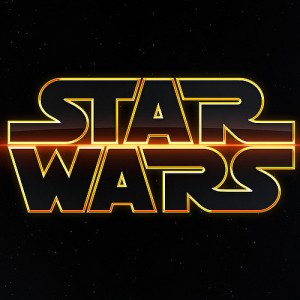 LucasFilm has some big announcements this year.

5:30-6:30 p.m., Hall H– You might want to camp out for this one.  LucasFilm will be taking over the big hall and while they have been keeping a tight lid on things it is a safe bet that fans can expect A LOT of Star Wars announcements as well as a few surprises.

1:30-2:15 p.m., Hall H– Tarantino will be giving devoted fans an exclusive look at his newest film, The Hateful Eight. Given the level of controversy surrounding the film expect this to a be a wild panel and a must for anyone that loves movies.

4:45-5:30 p.m., Hall H– A one-on-one conversation with Joss Whedon, easily one of the most prolific writers of the past century. Do yourself a favor and go to this one.