THE X-FILES IS COMING BACK TO TV

Are you still ready to believe? FOX certainly hopes so because it just announced today that it is reviving its much beloved franchise The X-Files as an event series. 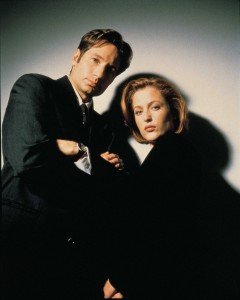 years after its series finale. The show will come back a short six-episode series with both David Duchovny and Gillian Anderson reprising their roles as the legendary Mulder and Scully.

For those too young to remember, the 90s cult TV show followed FBI Agents Fox Mulder and Dana Scully as they investigated unexplained phenomenon. The show lasted nine seasons and won a total of 16 Emmys during its run.

At the moment not much is known about the new series but keep reading Press Pass LA for more details as they emerge.