Press Pass LA had the pleasure of attending an early screening of the season 14 premiere of
“The Voice.” We joined in a Q&A with season 13’s winner Chloe Kohanski and executive producer
Audrey Morrissey. T he premiere itself was great fun, with hilarious banter between the
coaches and remarkable talent. This premiere, however, was different than others for several
reasons. First of all, “The Voice” welcomed their newest judge, Kelly Clarkson, to the family and
she added a goofy, carefree layer dynamic to the show that we never knew we needed.
There was also a new “rule,” if you will, added to the show that has never been done before
and totally changes the game, the block button. The block button is something that the
coaches can now use during the blind auditions, which stops another coach from being able to
get a contestant on their team. Each coach only gets one “block” for the entire season. For
instance, if a fantastic country music contestant blows the coaches away and Adam wants to
block Blake from snagging them so he can have a country artist, Adam can “block” Blake. This
means that even if Blake turns his chair and the contestant wants to be on Blake’s team, they
can’t. There are definitely advantages and disadvantages to the block button, however we can
say that it makes for great television.

During the Q&A section of the afternoon, executive producer of “The Voice,” Audrey Morrissey,
spoke a little bit more about the block button and what it means for the show, the coaches,
and the contestants. We also heard from season 14 winner Chloe Kohanski, who spoke about
her journey on the show as not just a singer but a performer.

PPLA: Tell us a little bit more about the block button and what it means for the contestants and
the judges?
AM: It’s shaking things up. We always look for elements that we can add that seem additive
and just change up the dynamic of the show. We haven’t ever really had a defensive move or an
offensive-defensive move, so we came up with the block. It was incredible to see how it really
played out: When people used it, how people used it. It really speaks to the real competition.
These people want these people. They&#39;re here at The Voice, they literally want them for their
team. So it was very funny. It worked out really well.
PPLA: Chloe, tell us about how you grew as a performer on the show and not just a singer?
CK: When I first did the blind audition, I was standing at a mic stand. They had choreographers
for the show, and I was literally just so uncomfortable even looking into a choreographer’s
eyes. I thought, ‘I don’t move, please don’t make me move. I just close my eyes and I feel. I
just want a mic stand. 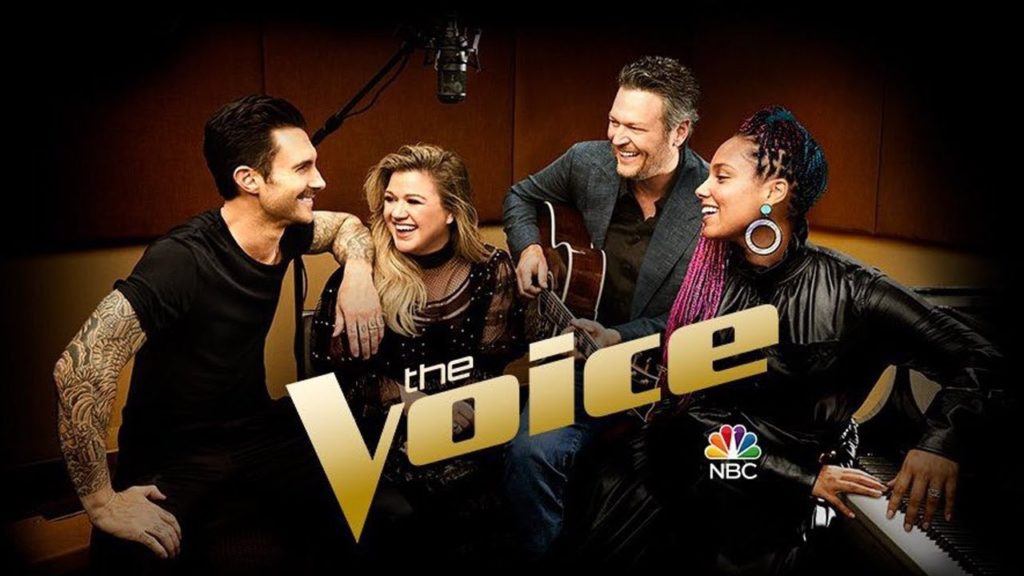 I actually kept my eyes closed during every performance for the first four rounds. It even got to
the point where people were trolling me telling me to open my eyes. So then somehow I made
it to the lives, and said ‘ok, now I am going to open my eyes.’ And the first week, they had me
walk down these steps, and I was like ‘I cannot do this please don’t make me do this.’ I mean
anyone could have done this, but I just kept on telling myself that I couldn’t. So I finally tried,
walked down the steps and it was super awkward. But every week after that I noticed that I
started to take a little bit more of a risk. And then during the week of the finale, the
choreographer said ,’If you are down, I really want to go for it.’ And I said, ‘Oh, I’m definitely
down.’ I wanted to do something that had not been done on the show before. There were
mirrors, lasers, all this new technology. It was weird because I don’t think I could have ever
done that without going through all of the awkward stuff. It’s the process. You can’t get from
A to B without all of the little in between moments.
Make sure to catch the season 14 premiere of “The Voice” on Monday, February 26 th at 8pm
eastern standard time!