There is nothing wrong with clichés in a movie if they’re used properly and, more importantly, sparingly. Perhaps director Tim Story should have taken this into consideration before inundating movie goers with a virtually endless barrage of them to create the most superficial and obvious cash-in in recent memory: Think Like A Man Too.

Warning: this review will contain a few spoilers. Although it is typically frowned upon, in order to properly convey the level to which this movie failed to tell a story, it has become necessary. To avoid them, skip the fourth paragraph of this review! 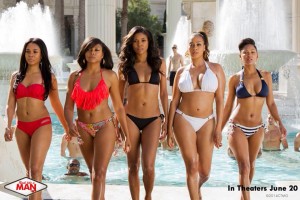 The plot of the movie centers on Michael and Candace, played by Terrence Jenkins and Regina Hall. They have decided to get married in Las Vegas, and they have brought along their friends. However, their luggage isn’t the only baggage that managed to find its way to Las Vegas with them as nearly each of the respective couples bring their own share of problems. As time passes and shenanigans ensue, the couples must learn to overcome these issues and either grow together or grow apart.

Although the film is a sequel to 2012’s Think Like A Man in title, it certainly isn’t in spirit. A good sequel takes all of the previous development, both plot and character, from the previous film and continues it as new troubles are presented to the protagonist. Here, every issue that was presented to the couples in the previous film are still present here. Jeremy and Kristen are still dealing with him being afraid of commitment and her being too demanding. Dominic and Lauren are still dealing with their careers pulling them in opposite directions. However, the even worse than the film being a cheap rehash of the previous installment, there was absolutely no satisfactory resolution to any of the conflicts.

In one problem, Jeremy finds it difficult to come to terms with the fact that his long term girlfriend – or wife, as they never really explain that part – wants to have a child. And after the movie, when come to find out he knocked her up, he just accepts it. Lauren is offered her dream job; the COO of a major business firm out in New York. However, Dominic is offered his dream job as the lead chef of a restaurant in Las Vegas. Come to find out at the end, off camera, with no previous indication that she did or was going to do so, she rejected the job offer so he can follow his dream. Lastly, Cedric, played by Kevin Hart, misunderstood the cost of his suite; not realizing that it was $40,000 instead of $4,000, so he must come up with the extra money to pay for the room and, eventually, his wife’s company credit card which he used to pay for the room. 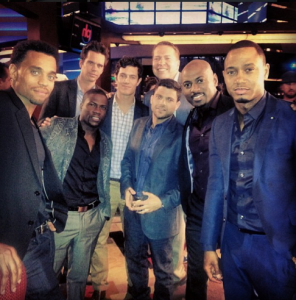 This conflict remains a problem throughout the second act of the movie, leading to the men trying to enter an amateur stripping competition to raise the money. However, this plan fails, and the money problem is never brought up again. All the while, Gail, played by Wendy Williams, is cheating on him with Drake, despite the two of them getting back together at the end of the first movie. This, too, is introduced and then never mentioned again.

Calling this film a sequel is completely laughable. Not only do none of the characters maintain any of the characteristics and development from the first movie, but the story doesn’t even reflect the events of the first. The original Think like A Man was based on the Steve Harvey book of the same name. It discusses how, in order for women to be happier in their relationships and be better protected against the bad men, they must enter into it like a man. Chauvinistic derivatives aside, it at least stayed somewhat loyal to the source material. This, aside from showing Steve Harvey’s visage on a Family Feud slot machine, had no mention of the book, no mention of any of the teachings within it or even something about the best way to grow together in a relationship.

This might be the most rushed, clumsy, idiotic, insulting, clichéd mess of writing to weasel its way onto the silver screen. Had this movie played itself as a spoof, it would have been genius. However, it’s meant to be played straight, and that is where it completely fails. The characters are completely cookie cutter duplicates of the previous films without any of the charm or development therein, the story is so devoid of resolution and full of plot holes that it is practically insulting that someone got paid to write it, and this movie feels more like a vehicle for Kevin Hart’s standup comedy than a legitimate film. 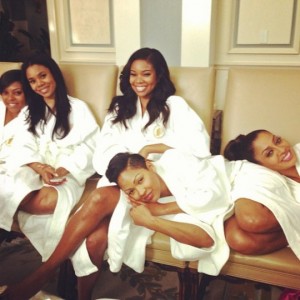 Between his incessant basketball analogous narration throughout the film and his monologue-esque speeches read in his usual comedic style, it is little wonder that he received top billing despite not being the focal point of the story. With a run-time barely over 100 minutes, this movie makes you feel every painstaking, clichéd, obnoxious, unfunny one of them. It can’t be recommended as a buddy comedy, a romantic comedy or even as a vapid popcorn comedy. Since there was one or two lines that warranted a laugh, I can’t in good conscience give it zero stars, but it doesn’t receive much higher than that. Half of one star out of four.