The Toronto International Film Festival starts tomorrow and, if you’re lucky enough to attend, sees the debut of quite a number of highly anticipated films.

Going on from Sept 8-18 the festival will highlight not just films but documentaries and miniseries as well. Spreading out across nearly 14 venues TIFF 2016 is going to essentially take over Toronto for the next week or so. But not all films are created equal which is why we’ve created a Best of the Fest list. Here are the films you should be going out of your way to see this week at the festival. 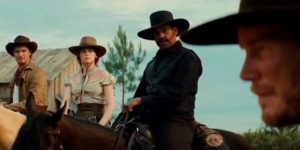 This one takes the top spot simply because it’s the biggest wildcard of the festival. On the one hand it’s a blatant remake of a beloved classic that is getting another go-around for the sake of commercialism and profit. Ben-Hur tried this approach last month and failed miserably. But The Magnificent Seven is a different story. With an all-star cast and a fantastic director the film might just surpass expectations. It will probably never be considered the classic of the original but so long as it’s a good, solid film there’s no reason to be disappointed. 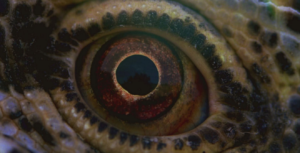 Terrence Malick is considered one of the best filmmakers of the 20th century and has been working on tie film for nearly four decades. The 90-minute movie takes the viewer deep into the heart of the cosmos to the very birth of mankind. Such an undertaking would be monumental in the average documentarian’s hands but in Malick’s it will be nothing short of epic. If his previous work is any indication the movie should be on par with 2001: A Space Odyssey in scale and scope. 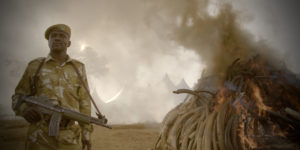 The Ivory Game chronicles the battle to save elephants. As suspenseful as any thriller, it follows investigators who risk their own lives, battling armed poachers in the African bush and going undercover to catch black marketeers in Asia. The courage of these elephant advocates makes for a pulse-racing adventure with real-life urgency.

Ryan Gosling and Emma Stone star in Damien Chazelle’s ambitious follow-up to Whiplash. A jazz musician (Gosling) falls for an aspiring actress (Stone) in a hyper-stylized Los Angeles that pays homage to the Hollywood musicals of old. The film is filled with the kind of dancing and singing that so rarely graces the screen anymore. Expect this one to be a cult classic along the lines of Moulin Rouge. 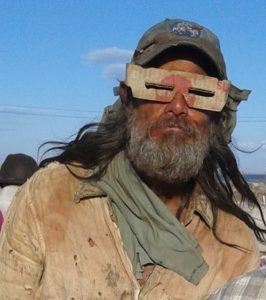 Here is another cult film in the making. A young girl wanders into a savage, post-apocalyptic wasteland because she is deemed unacceptable by society. She is captured by cannibals but quickly escapes and is left on her own to wander the dystopian landscape of the former United States. That alone would be enthralling but with a supporting cast that includes Jason Mamoa, Keanu Reeves and Jim Carrey it is sure to be an absolutely bonkers experience on the big screen.

To see the full schedule for TIFF 2016 visit www.tiff.net.