TigerBeat’s highly anticipated event of the year brought out Hollywood’s teens to celebrate the night with a star-studded soiree presented by NYX Professional Makeup and Rock Your Hair.

First to arrive was three-time Teen Choice Nominees, dance prodigies, Maddie and Mackenzie Ziegler. The two arrived in high spirits to celebrate the evening and host the exclusive soiree before heading on tour with music sensation Sia. 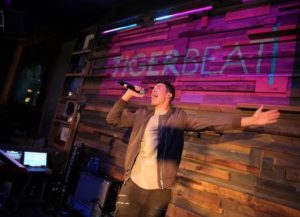 Next to arrive was Olympic Gold Medalist, McKayla Maroney. The former USA gymnast arrived in party mode to celebrate the evening with a group of friends. Rajiv Dhall demonstrated his sense of humor upon arrival by announcing himself as Rajiv Dhall “AKA Fresh Santa” when walking the pink carpet.

It was a great night for Nickelodeon’s own, Thomas Kuc, whose style & rhythm earned him a variety of compliments by fellow celebs. “Modern Family” star Nolan Gould was spotted hanging out in the TigerBeat Influencer Lounge with Teala Dunn and friends.

YouTube beauty guru PatrickStarrr naturally gravitated towards the NYX Professional Makeup booth where attendees were able to get touch-ups thr oughout the evening.

Taking the stage, Beyoncé protégé Sophie Beem performed hits “I Got It” and “Skyline” to the packed crowd. Meanwhile, New District kept themselves busy by playing with the party’s decorative balloons which made for some very entertaining Snapchats. 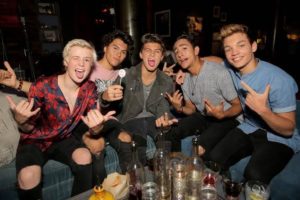 Next, 17-year old pop sensation Daya took to the stage for her special performance with hits “Don’t Let Me Down” and “Sit Still, Look Pretty.” Partygoers danced and sang along to every lyric of the song while snapping photos throughout the evening. Partygoers danced the night away to a DJ set by Tuff Ghost which was followed by a temperature rising performance by Timeflies who performed their latest single “Once in a While”