Becoming a DJ in Los Angeles at the age of 12, DeLon, an ever evolving rapper, producer and entertainer, understands how hard it can be to ‘make it’ in the music industry. He’s been in the game for a while but this great artist is mostly known in Sri Lanka. Which begs the question why? 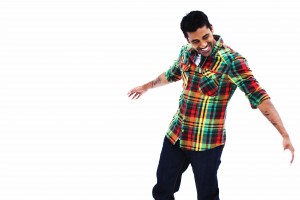 Though he was raised in Los Angeles, he’s a proud Sri Lankan whose fans in his home country are proud to claim him! DeLon was the first Sri Lankan artist to place on the U.S. Billboard charts, and won “Best Rap Performance” at the Derana Music Video Awards in Sri Lanka.

Today, DeLon is unveiling his first single “Middle Earth,” from his new album,  Awake, that marries Electronic Music and Rap in a way that’s never been done before.

We were fortunate to have had the opportunity to talk to DeLon about his great new single and sound.

PPLA:  Tell us a little bit about “Middle Earth.” What was your inspiration?

DELON: This is probably one of the most interesting tracks I’ve made recently. I have been doing a lot of soul-searching and self-reflection and this is where this song came from. It’s weird for me because I produced a song in front of everybody on my staff live. And I even wrote the hook at the time they went to go have a cigarette break. By the time they came back from their cigarette break I had written the hook, finished the beat, and arranged the song. At that point, I just let lyrics flow from there so it just flowed. My inspiration is always my life the lives around me. I think the general consensus about reincarnations and about whether “there’s life on other planets” has definitely changed from when I was a kid. Which allows me the license to really talk about it because I believe it.

PPLA: Lately, there’s been a lot of songs featuring rap lyrics over electronic music. What do you see the future being with this new blended genre?

DELON: I feel like movement in the area has everything to do with the confluence of events of rappers and electronic producers getting together and really making something incredible. I’m fortunate to be a rapper and a producer so I have had the first swing at creating this new vibe and new genre.

PPLA: Are there any particular rappers or electronic dance musicians you respect? Did they influence you in any way?

PPLA: You grew up in L.A. but made it big in Sri Lanka first. How/Why?

DELON: I have no idea how to be honest with you. I put my CD on CDbaby and it was on the Internet. Next thing you know it was getting traction. I love my people and I suppose because my first album was all about Sri Lankan pride it was something the people resonated with.

PPLA: What are you planning to do in L.A. to become an equally household name here?

DELON: I really plan to do it through my music, acting in films & television, as well as public speaking.

PPLA: Do you have any local performances coming up soon?

DELON: I do. The dates aren’t set yet but I will definitely fill you in when I have them!

PPLA: What can we expect when your new EP drops later this summer?

DELON: You can expect something fun, something mind straining, and something uplifting. For the first time in my life I’ve made music without considering what others would think – just the craziness going on in my head. With that being said I hope you like it.

PPLA: Any big collabs coming up or artists you have worked with in the past that readers would love to hear about? 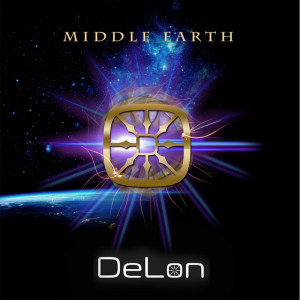 DELON: Just TyDollar$. He is a great guy, love him a lot. Other then that, I haven’t been fortunate enough to work with anyone else that amazing just yet.

PPLA: Can people find “Middle Earth” on iTunes? Where else?

DELON: It’s a digital release so it will be on Apple’s new app and Spotify, iTunes and all the other digital stations.

PPLA: What’s your favorite part about being a musician?

DELON: The passion. The love from fans and the ability to express and be acknowledged for your music. I love that about being a musician.