The Oscars may have been the hottest event of the week, but the one that left you in tears from laughing so hard, was the 7th Annual Toscar Awards Show in Hollywood. Hosted by singer and Glee actor, Alex Newhall, the audience at the The Egyptian Theatre, were dying of laughter from the British parodies of the 2014 nominated Oscar movies.

I would have to say my favorite one was Shaving Mr. Hanks starring actress Elizabeth Arends. The judges have chosen otherwise as Terminate Her, produced by Matt Crabtree, took the title home for Best Toscar Film.

The PG-13 parodies were put into teams in which the winning team took home the cash prize of $750! Each team only had 3 days to shoot their film, they were limited on the hours spent in the green room, and they had a $250 minimum budget on the materials they used to make each comical film happen. Sponsored by Jaguar, the car company, the producer and writer of the parody must also include the name Jaguar or the brands logo in the 5-6 minute video. It was pretty tricky but I can honestly say each parody definitely met all of the requirements. 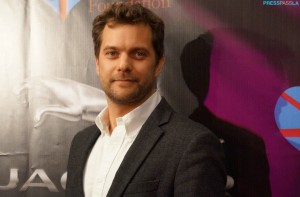 To check out The 7th Annual Toscar films, visit here and be prepared to get a good laugh!