Trailer Tuesday: How to Train Your Dragon, The Hidden World

How to Train Your Dragon has become and undeniable runaway hit. Entrancing children and adults the film has spawned a tv series and now it’s upcoming 3rd film. 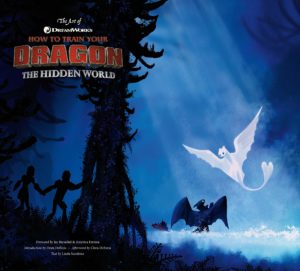 After all….don’t we all kind of want to ride a dragon whose our best friend? Look at how well we get on with dogs. We think it’d be a hit. In this third installment of the hit franchise we see the continuation of the unlikely friendship between an adolescent Viking and a fearsome Night Fury dragon. Their friendship has become an epic adventure spanning their entire lives. Now chief and ruler of Berk alongside Astrid, Hiccup has created a gloriously chaotic dragon utopia. When the sudden appearance of female Light Fury coincides with the darkest threat their village has ever faced, Hiccup and Toothless must leave the only home they’ve known and journey to a hidden world thought only to exist in myth. As their true destines are revealed, dragon and rider will fight together, to the very ends of the Earth….to protect everything they’ve grown to treasure. Will you be tuning in?