Transformers: The Last Knight Needs to be Last Bow for Bay

First off let’s get one thing out of the way, Transformers: The Last Knight isn’t quite as painful as the critics make it out to be in their reviews.

That being said it’s not exactly stellar either. There’s at least the semblance for a decent plot in its nearly three hour running time, you just have to sift through a lot of filler to get there.

Since this is Bay’s last movie (or so he says) he spends a good portion of the story tying up loose ends. While his sudden respect for continuity is admirable it takes up so much time that the movie never seems to get started.  In actuality the real plot of The Last Knight only takes up about 45 minutes of screen time. 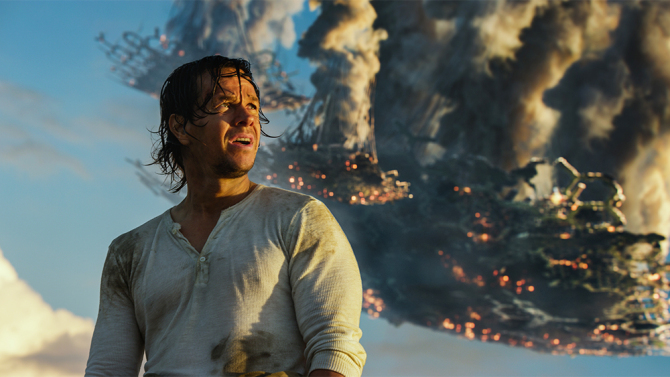 Mark Wahlberg as Cade Yeager in TRANSFORMERS: THE LAST KNIGHT, from Paramount Pictures.

Yet there are moments of joy spread throughout. I would gladly watch a TV show dedicated to crazy old Autobot historian Sir Edmond Burton (Anthony Hopkins) and his sociopathic robot butler Cogman (Jim Carter). Watching them play off of each other is worth the price of admission alone. Indeed, only Hopkins seems to be really enjoying himself in this film. It is as if Michael Bay told him to do whatever he wants so he plays Burton totally against-type and chews the scenery like he has nothing to lose.

The problem is when you try and think about the movie too much it comes apart at the seams. There are some really interesting ideas in the film, like the Transformers fighting in the first World War and “robot dementia” but nothing ever goes anywhere. Trying to lay out any kind of continuity in the Transformers universe is just useless since Bay throws literally everything at the wall hoping some idea will be good enough for a future film installment that will justify the future of the franchise.

The real question is, should you pay money to see this in theaters? At this point only if you’re a hardcore fan. There’s not much left in this series and there’s honestly a good portion of the movie (not kidding) dedicated to the Autobots just hanging around in a junkyard. If you’re really curious wait for DVD with this one and pay your money to see something good, like Wonder Woman, again.