The Turner Classic Movie Festival is one of L.A.’s best movie festivals. That is saying something when you consider that there is about one a week in the city. What makes the TCM Film Festival stand out, more than anything, is the way it mines deep into Hollywood’s past to make something that was once old brand new again.

“This particular one is important because it celebrates classic films but brings people together to do it as an audience not just sitting at home on their sofas or on a portable device,” film critic and historian Leonard Maltin told Press Pass LA during the festival’s opening night. “Movies were always intended to be a communal event. So for people from out of town or out of state, and they come from all over, they can share it with like-minded people in a classic theater like The Chinese or The Egyptian is a big deal.”

As the festival celebrates its fifth year its roster of movies represented the entire spectrum of the movie going experience. Highlights included a showing of the original 1954 Japanese Godzilla (including a Q&A with current Godzilla director Gareth Edwards), 1944’s Meet Me in St. Louis, a midnight show of Freaks and a special hand-print ceremony honoring comedy legend Jerry Lewis.

While cinema keeps movie stars timeless the truth is that many of the classic stars are in their twilight years. The fest offers fans the chance to interact with aging legends like Margaret O’Brien, Kim Novak and Shirley Jones. One of the rumors on the red carpet was that Mickey Rooney was actually supposed to be in attendance this year but couldn’t make it because of his passing. These are colloid heroes that people may never get to see again. 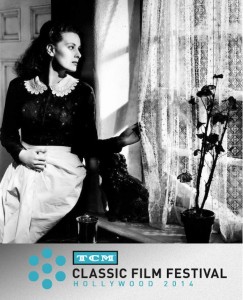 A personal favorite was Saturday’s showing of Stormy Weather, a rarely seen all black comedy from 1943 that featured icons like Bill “Bojangles” Robinson, Lena Horne, Cab Calloway, Fats Waller and the Nicholas Brothers all on the big screen for the first time in decades. The experience was surreal. Sadly it was one of the lesser attended shows in an already packed day.

The fest itself is still in its infancy but gaining popularity each year as people realize the value of classic cinema.