The weather in Los Angeles is perfect for a film festival. Don’t expect anything this time of year, but sunshine, clear skies, and balmy weather. In the realm of festivals, particularly the Turner Classic Movies Film Festival, one shouldn’t expect anything more than an exuberant experience. The line up of pictures and Hollywood celebrity this year has condensed considerably since last year. Pictures ranging from silent films in the 1920s, to raunchy popcorn fare from the 1980s are on display and with them, a plethora of known industry staples to ensure the event is properly represented.

Kicking off the event at the Chinese Grauman Theater (also known as the TCL Chinese theater) on Hollywood Blvd, a landscape of generational stars carried their torches across the red carpetl among them, Beau Bridges, Illiana Douglas, Bob Balaban, Lee Grant, Walter Mirisch, John Landis, among others, and that’s not including names such as Genevieve Bujold, Sidney Pottier, Michael Douglas, and Norman Jewison, who didn’t walk the carpet. One things for sure – this year it’s a sure bet to expect the unexpected.

And that’s exactly the mantra to which the guests this year will be practicing. For esteemed film critic Leonard Maltin, who this year is hosting his own Q&A session with audiences, the opportunity is both fresh and unyielding. “I have absolutely no idea what to expect, or how it’s going to go.” He tells Press Pass LA, “but I’d say that’s what I’m most looking forward to.” And he’s not the only one. Other industry icons, such as Kier Dullea, who is appearing for a 35mm screening of Frank Perry’s David and Lisa which he appeared, is looking forward to how audiences are going to react. “I’d say the best thing from the picture was the love affair that it existed as, for all who were involved” he states, “It was one of the first real sleepers: it was made for less than $200,000 and more than made back it’s budget, and for me personally, put my film career on the map. I can’t wait to see how audiences who haven’t seen it, react.” 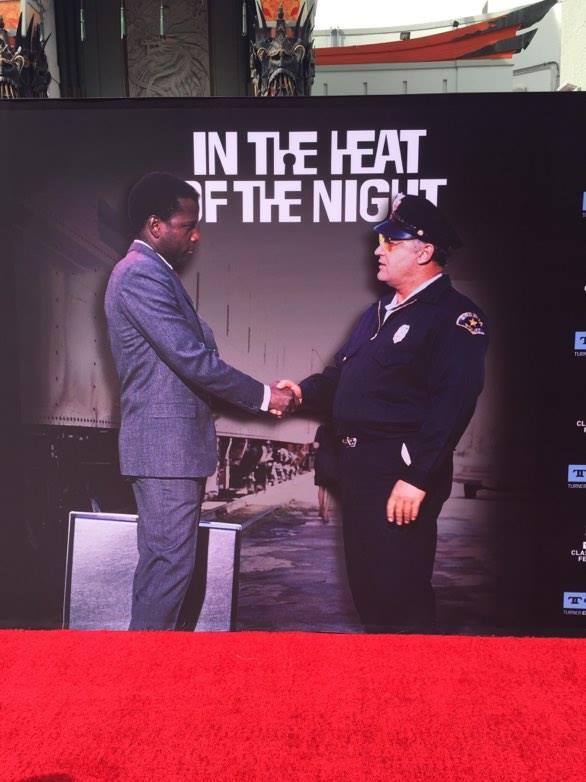 Great expectations are not only for the celebrity guests, however. The festival is presenting a long overdue series of motion pictures on original nitrate 35mm film prints. These are a Holy Grail among film enthusiasts and purists alike. And in the perimeter of the unexpected, it was announced just before the opening nitrate screening, that of Alfred Hitchcock’s original The Man who Knew Too Much, that audiences at American Cinematheque’s Egyptian Theater were additionally treated to an impromptu introduction by none other than Martin Scorsese. Indeed, no one more supportive and connected to Nitrate and it’s significance in the film industry, Scorsese gave an emotional introduction, eulogizing Robert Osbourne, explaining both the science and the aesthetic of nitrate, and why it must be preserved, throwing some anecdotal stories about early life in Los Angeles as a young filmmaker.

Yes, I’d say there are some expectations that which have been laid a precedent. Each year the TCM Film Festival offers a theme, an event, and plenty of small conversations and interviews, and chances for the attendees to make their encounters memorable. With Osbourne’s passing so recent, and the shock of loss of Don Rickles, there will certainly be surprises and fortuitous happenings that will indubitably make this years festival a cut above the rest, as the we enter the weekend.