We’ve never had a bad time at Rockwell Table and Stage, but UMPO Bridesmaids (Unauthorized Musical Parodies Of..) is by far the best show we’ve seen at the venue. This not-to-miss night on the town stars Natalie Lander (ABC’s “The Middle”) as Kristen Wiig, alongside an all-star cast!

Rockwell Table & Stage, located in Los Feliz, CA, is a dinner theatre destination whose wildly popular UMPO (Unauthorized Musical Parodies Of..) have put it on the map! Their latest series kicked off in September with their musical parody of the iconic and hilarious film “Bridesmaids,” starring Kristen Wiig, Melissa McCarthy, Maya Rudolph and more.

The stage show is Co-Directed by Tony Award winning Marissa Jaret-Winokur (“Hairspray”) and runs through November 17, 2018

Annie (Natalie Lander) stars as the maid of honor whose life unravels as she leads her best friend, Lillian (Molly Stilliens), and a group of colorful bridesmaids (Ashley Argota of Nickelodeon’s “True Jackson, VP”, Nohely Quiroz, Aynsley Bubbico, and Desi Dennis-Dylan) on a wild ride down the road to “I do.” The cast also includes the hilarious male leads Nathan Moore and Keir Kirkegaard. 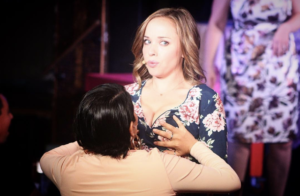 “This parody, driven by song and dialogue, is an homage to one of the most side-splitting films of all times,” says Executive Producer Kate Pazakis. “Adapting this for Rockwell’s dinner theater with ‘tasteful raunch’ while recalling our own experiences with weddings—and all that leads up to them—had us rise to the challenge…but it’s guaranteed to keep you laughing. Audiences have been clamoring for it, so we’re thrilled to bring this show back for this special limited run! The cast, the music, the laughs — it’s been lightning in a bottle all under Marissa Jaret Winokur’s direction, which helps provide the emotional heart.” 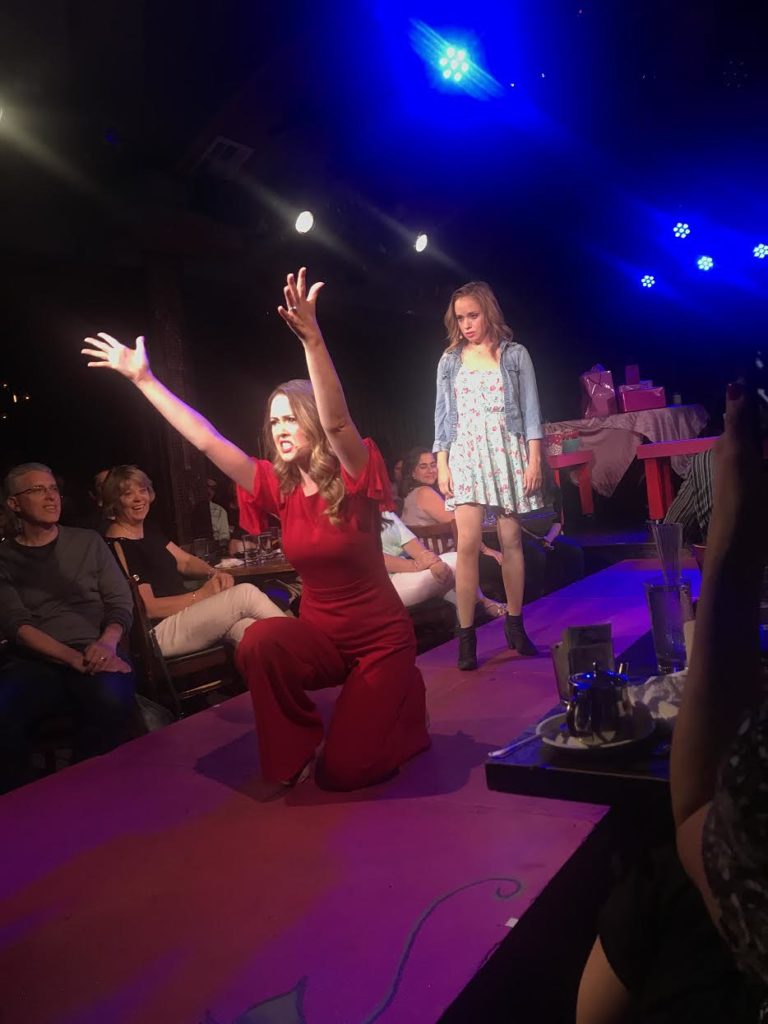 The cast for this stage show could have not been more perfect! We were truly impressed by ALL of their vocal abilities and comedic timing. Leading lady, Natalie Lander, captivates audiences with her take on the iconic role made by famous by Kristen Wiig. She is equal parts adorable and self-deprecating and has a dynamic smile, tongue and cheek comedic style, and a voice to melt hearts!

Grab your besties and head over to Rockwell before mid-November, but don’t hesitate, TICKETS are selling out fast. 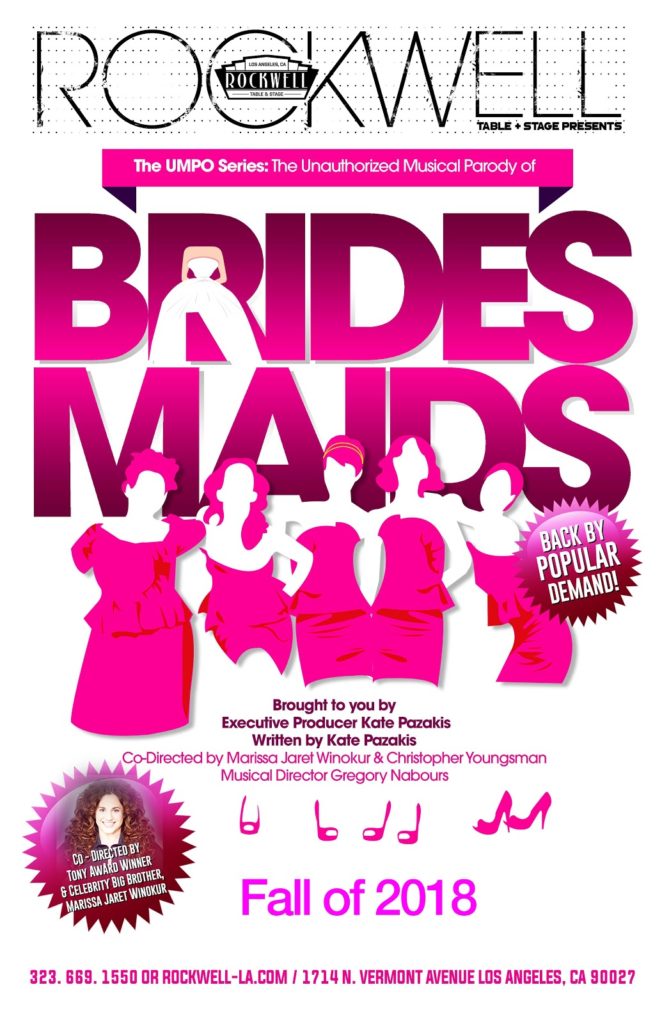