Universal Studios revealed their 2018 roster for their Director Initiative program.

The program is run through the global talent development and inclusion division and has the goal of exposing directors to the studio production process, creative and production executives across the company properties. Meaning? More women and people of color helming Universal Studios film and tv properties.

Universal first launched this initiative in 2017 as a week-long intensive in collaboration with Sundance Institute’s Film TwoInitiative and AFI Directing Workshop for Women.The initiative will now be expanding to a year-long program designed to help curate and cultivate the voices of more diverse filmmakers. 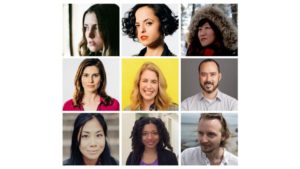