Get ready to scream! The yearly twenty seven night screamfest is back at Universal Studios Hollywood. Halloween horror nights has become such a cult phenomenon for horror fans the park has decided to give attendee’s early access this year. Thats right, for select mazes you can enter the frightful creations of Universal’s mazes at 5pm this year. Search #UniversalHHN for all the behind the scenes, and action shots from this year’s scare-fest.

This year’s Horror Nights have taken over Universal’s lot with “The Purge: Election Year” as it’s main theme. How appropriate. The attractions are in such high demand Universal has SOLD OUT it’s first two weekend showings. If you haven’t made it to Horror Nights you have to! Nothing scares like the devious creations found lurking within the park after-hours. All your favorite rides are alive with chilling twists to match the parks creepy halloween mayhem like: Jurassic Park After Dark. Our favorite maze was Freddy Vs. Jason! The scariest maze hands down as the little girl from the film creeps in to sing Freddy’s telltale nightmarish lullaby. Chills, all chills. The Exorcist maze will convince you to head to church and possibly dump yourself in a vat of holy water…just incase.

Universal sells discounted tickets to ‘Halloween Horror Nights’ on Thursdays and Sundays if you’re working on a budget. Otherwise you have through November 4th weekend to check out all their thrilling excitement after dark. Or make the most of it by snagging a pair of the parks 2pm tickets to check out ‘The Wizarding World of Harry Potter” as well as “Minion Mayhem” before running off to the darkest corners of entertainments imagination. We highly suggest splurging on “front of the line passes” the Jabbawockeez are a must see performance; along with the “American Horror Story” mazes. These lines are super popular, if you’re looking to get through everything in one night chant with us here: Front of line, front of line. You’re welcome in advance we know you’ll thank us later.

Universal has also introduced it’s “Terror Tram” with long lines waiting for a frightful trip throughout Universal’s back lot. It was our only let down of the event. The mazes are top-notch, Jabbawockeez are a MUST SEE, and all your favorite rides after dark are a blast. We rode ‘The Mummy’ three times (don’t judge). But the “Terror Tram”….more like the ‘Terror Trot”. You’re in the tram for less than two minutes and are then walked through the set of Bates Motel, as the creepy clowns come to swarm you. Then you’re escorted back onto the tram. Trust us theres a lot more walking than tram time, and the clowns and weird claustrophobic tunnel to get back to the tram aren’t really worth the two hour wait in the regular lines. We didn’t hate it….but it wasn’t scary. It certainly isn’t a tram ride, so if you need to cut corners this is one attraction you can miss. Don’t miss the Jabbawockeez, who knows you might even be pulled on stage to help them perform. Don’t miss Universal’s classic rides and their mazes! The ‘Halloween Horror Night’ mazes have gone above and beyond incredible! You won’t want to miss having your soul scared out of you. Let us know if your wildest nightmares come true. 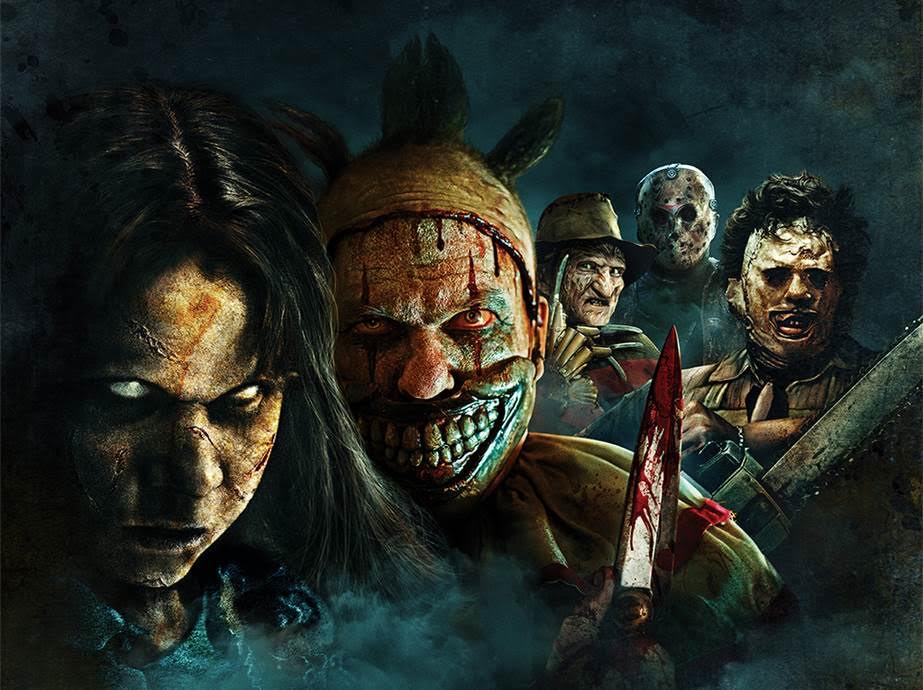