Vanity Fair and Fidelity Investments teamed up to host a panel discussion to inspire and empower women to take charge of their future. Empowering Conversations: Re-Writing the Script of Your Life was held at Milk Studios in Hollywood  and was moderated by Keltie Knight. 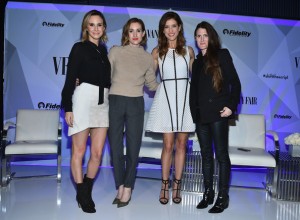 It’s not often that you see two powerhouse brands- one of the most established entertainment media resources and of the leading financial services corporation- take time out to sponsor an event like this. In fact, it was refreshing to see the focus turned toward empowering women across all areas of their life, especially in business. It was a hot ticket and Press Pass LA was thrilled to attend.

The panel discussed the pivotal moments that helped get each of these women to where they are today, and the everyday challenges, biggest opportunities and moments that inspired them to take action along the way. The event aimed to drive more awareness and discussion around the importance of women taking charge of their future – including the role engagement in financial decisions have on reaching short- and long-term goals throughout their lives. 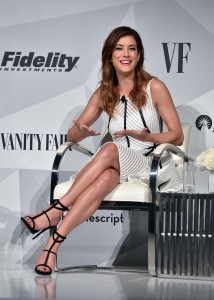 One of the points that stood out in the panel was this staggering statistic: While today more women are running businesses, earning degrees, and controlling more wealth than ever before., only 37% of them feel  confident making financial decisions.

Events like this aim to change that and  you can participate by taking part in the conversation: @Fidelity @vfagenda #ShiftTheScript #HeyYoungerMe