VÉRITÉ Sells Out The Troubadour + Interview

VÉRITÉ took the stage at The Troubadour Thursday night for her largest sold-out headlining show to date.

In support of her self-released full length, Somewhere In Between, VÉRITÉ hit the stage at The Troubadour in full confidence. Press Pass LA has been following the indie musician’s rise to success, 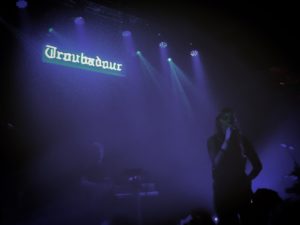 watching in awe as she released single after single label-free. Last year, in an opening spot for Marian Hill, we all but predicted her headlining abilities, and Thursday night did not disappoint.

VÉRITÉ weaved her way through new and old songs, with hits such as Living and Underdressed rounding out the night. The set rested heavy on songs from Somewhere In Between, which showcased just how impressive VÉRITÉ’s vocals are. A highlight from the night was the album’s title track, which opened with a solo VÉRITÉ on piano, leading into a beautiful rendition of one of her most impressive songs to date.

We were able to chat with VÉRITÉ about her new album and tour prior to her show, read the interview and stream her latest album below!

PPLA: What have you learned from touring that helped you shape this album? 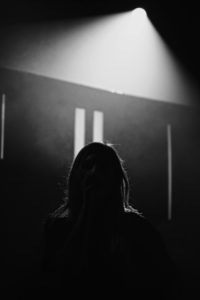 VÉRITÉ: I’ve learned not to hide as much behind reverb and atmosphere. Everything feels better when it’s clear.

PPLA: Many people say they want to be independent artists, but few succeed. How did you navigate the ins and outs of releasing an album solo, and what advice could you give new artists trying to do the same thing?

VÉRITÉ: Success is relative. Navigating the ins, outs, ups and downs of releasing music independently just requires you do reframe how you view success and appreciate what you have. As an independent artist, I get to make a living doing exactly what I want, when I want. It’s easy to compare and get distracted.

PPLA: Favorite song on the new album to play live?

VÉRITÉ: When You’re Gone for sure.

PPLA: What’s changed from 2014’s Echo to Somewhere In Between?

VÉRITÉ: Everything has changed. I feel like I am unrecognizable from where I was three years ago. Time allows you to fuck up, learn and grow.