VICTORIA IS AN AMBITIOUS BUT FLAWED EXPERIMENT

Victoria is nothing if not extremely ambitious, an entire movie filmed in a single take. While that sounds fascinating on paper somewhere along the way the film forgot what it was about and the entire thing falls apart pretty quickly.

Filming anything in a single take is tricky. According to reports it took the cast three tries to get the film right on screen, something which must have been difficult for everyone involved. The biggest problem isn’t the execution but the story itself. For some reason the movie clocks in at just over two hours and the audience feels every minute of it. It’s like the filmmakers were so pleased with themselves for pulling off the film they refused to edit any of it down to make the pacing better. 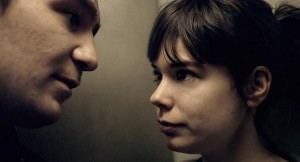 Another major problem is the obvious language gap between the main characters, which becomes an instant problem for the audience.  Victoria (Laia Costa) is from Spain while the rest of the cast is German. She plays a transplant to Berlin and doesn’t speak perfect German yet. That means that dialogue must be repeated multiple times for everyone involved, dragging out the movie needlessly.

IMDB claims that the original screenplay was only 12 pages and most of the dialogue was improvised which means that huge chunks of it could have easily been taken out, or the story started much later, and it still would have worked.  Showing everything in real time allows for a smooth cause and effect structure but it probably would have worked better with a more straightforward plot that loses all the introductions and gets right to the point.

Still, there are moments of genius in Victoria, just not enough to save it. The chemistry between all the leads feels genuine and makes you really care about the characters. This is especially true for Costa’s character, who emits a real sense of warmth and love even in the worst situations. Costa is going to go far and could easily be the next Audrey Tautou given the right role.