Fresh of the heels of Darren Aronofsky’s 7-figure deal for VR series “Spheres” at Sundance – the largest VR deal to date – VR industry pioneer, Jacki Morie, announces her decision to join Upload, Inc. to  educate the next generation of VR creators.VR has been a hot button topic for the last few years at tech conferences like CES, but it made waves this past week at Sundance, scoring the largest deal ever for a VR project.

In fact, industry insiders believe the Spheres deal could set the standard for Sundance and other VR-friendly festivals in the

future. You will soon see more star-studded VR titles (Jessica Chastain is narrating Spheres) as companies feel they can make a  profit, even if the viewership doesn’t compare to that of blockbuster titles.

With the trends clear, up and coming filmmakers may one day soon need to learn VR just as they would editing, videography and other skills.

Enter Upload, Inc.-  a leading virtual and augmented reality (AR/VR, collectively XR) company focused on accelerating the growth and promise of XR.  Morie, who  joined the company as their Vice President of Education in late fall 2017, has been working to develop a slate of hands on courses for future leaders in VR, AR, and AI. 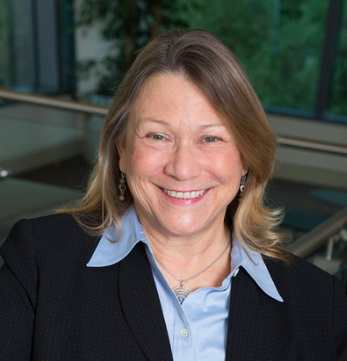 We sat down with Jacki to find out what to expect from Upload’s offerings and how she sees VR affecting the future of entertainment.

How did you decide to get into the world of VR/AR?

Many decades ago my focus was fine art, especially creating assemblage art with physical objects. I kept designing works that were larger and larger until they were room sized. But they were too expensive and difficult to build and store. At the same time I developed an interest in computers, especially in computer graphics. I soon found I could model and render 3D environments and show them in a stereo viewer to give the audience a feeling like they could step into my works. This was in the early to mid 1980s. Then VR came along and I knew I had found a perfect medium to design environments, place people inside them and not have to store anything physical. Plus I could do things not possible in physical reality. I was hooked!

What do you see as the benefits of using VR/AR in story telling and where do you see the technology most being applied to the entertainment industry over the next few years?

My feeling it that we are witnessing the birth of a new medium. There has never been anything with the immersive power and feeling of physical presence that one can experience in VR. We are at the beginning stages of developing the vocabulary for this new medium. Right now we are recapitulating older forms of media with VR, trying to insert familiar forms of storytelling into it. But there is so much more to explore. A true VR work is an experience – one that can affect us as much as any physical world experience because it is perceived as cognitively real by a large percentage of our brain and sensory channels. A VR work can form powerful memories, change our mindset, allow us to connect with others in far flung places or cultures.  It can teach us, and even allow us to participate in the creation of our own stories. I think this last – our ability to have LIVED experiences in worlds that can not only give us realistic, but imaginary experiences points to new forms of entertainment ahead.

You have a background working in animation at Disney. Disney has been a leader for decades as one of the major studios to really understanding their place in the entertainment industry.  What did you do to contribute to that success and what have you learned from that experience to apply at Upload?

When Disney realized their recruits for computer animation were not fully trained – they were either very technical or very artistic but needed that blend of both skills – they called on me to set up their computer animation program. As both a highly trained artist and a well-trained scientist, I could connect the disciplines in intuitive ways understandable to both types of people. VR, AR and their combinations now called XR require even more of this blending because fundamentally we are in a paradigm shift in how we will live and experience the world. Creating for this medium means understanding not only the medium itself, but how to push beyond its immediate boundaries and look to a future where all realities are seamlessly integrated, all the while understanding how these technologies may fundamentally change what it means to be human. VR does not and cannot exist in a vacuum. It is too important to humanity. It may be difficult to see that while XR is still in its rudimentary forms, but it will define our future.

Recently at Sundance, a 6 figure deal was signed for the first time for a VR Project. Do you think this is only the beginning for mainstream VR content or a one-time win for the medium at a major festival like this?

This can only help push the medium forward. It’s a start. I’d love to see more funding to help advance these technologies to become the unique media they can ultimately be.

What type of education programs are you working on for Upload?

In addition to introductory classes in how to create for VR and AR with the latest and most stable tools, as in our flagship ten-week VR night course, and our one-week intensive AR development class coming this February, we are also planning VR Creation Summer Camps for middle and high school students, advanced topic classes, shorter intro lessons like our Lighting Lessons, and so much more. We are rolling out a “Forecast Forums” to bring people together with thought leaders to discuss issues and future potentials of new technologies. We will also have feature sessions with VR artists, creators, developers and industry leaders. And another exciting development is classes for the Hollywood ecosystem to learn how to walk in these new immersive pathways.

Why is it important to attract more women to VR/AR and to leadership positions?

Immersive technologies will affect all humanity – from children to elders to men and women alike. We need to take a broader and more relevant view now that VR is growing past its early games, military and research roots – all domains that did not have broad input from women.  Now that anyone with the will to create immersive experiences can do so, we need to encompass more voices, more topics, and more mindsets to fully realize VR/AR/XR’s potential.

Anything else you think the audience should know about you, Upload, or the current trends in VR/AR?

I’m calling these immersive technologies the new Vision Quest of the 21st century and beyond. There is so much to learn and so many people who have extremely important things to contribute to this quest. Building strong and diverse communities to bring this vision to its full potential is critical to humanity’s future. Upload is playing a vital role in this community building, from its educational offerings, to its co-working members, not to mention its events, talks and forums. It’s today’s agora or forum wherein everyone can gather and have a voice.