This weekend marked the 8th annual White Light White Night fundraiser for Walk with Sally. Guests and celebrities were all smiles on the red carpet with lots in common, of course their all white attire, support and love for Walk with Sally and…an appetite! Could you blame them? 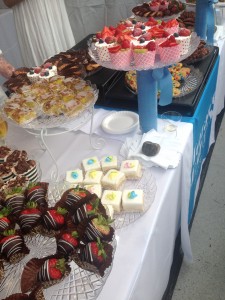 There was everything from Pitfire Pizza, Brazilian BBQ, Petro’s Greek food and so much more. “I haven’t eaten in a week,” joked actor Oscar Torre, “in preparation for this event” added wife, actress Chuti Tiu. I, for one, was sorry I had eaten before arriving when I saw the restaurant names on the food cabanas. I will admit that I gave in and snagged a brownie shaped like a balloon from the Torrance Bakery that was chocolate perfection!

There was also no shortage of thirst quenchers thanks to Patron, Pisco Porton and Stella Artois, which were on hand and inspiring guests to grove to the music. Patron founder, John Paul DeJoria was in attendance along with stars Geoff Stults, E!’s Orly Shani, Stephanie Drake of MadMen and more. 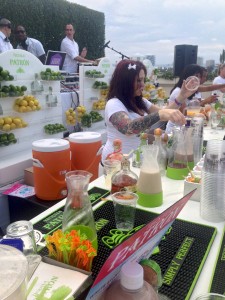 A performance from Berlin, best known for their track “Take My Breath Away” from Top Gun, was highly anticipated and left none disappointed. Between nibbling on mouthwatering grub and sipping on a cocktail or two, there were over 300 silent auction items to bid on including wine, sports memorabilia, jewelry and even luggage. A few faves of mine were a gold and black dress by Fannie Chan, Femme D’armes designer, and a personal stylist gift certificate for Stylist LA. Stylist LA’s Emily McDonald styled Dancing with the Stars Pro Anna Trebunskaya that evening.

Generosity was the accessory of the night and over $400,000 was raised, making this year the biggest fundraiser for Walk with Sally. Walk With Sally provides free-of-charge mentors to children with a parent or sibling suffering from cancer. Young and the Restless star Jessica Collins put it best, “to have a mentor and to have somebody who understands what they’re going through is such a great idea, I cant think of anything better to come out and raise money for.” 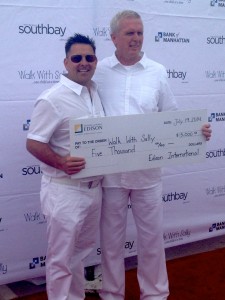 Globally, about 14million people learn they have cancer each year and 8 million people die of the disease. These are staggering numbers that become life shattering when they’re a friend, a relative or especially a parent.

Exactly five months ago my best friends father lost his battle with cancer. Paul was a character. He’d make you laugh if you were down, actually he’d make you laugh always no matter what; he had the biggest heart humanly possible. I’ll never know what this tragedy felt like for my friend Nikki but I do know how important and necessary having friends and family to lean on and talk to was and continues to be. I know that without that extra stability, an experience like this would feel impossible to bear. I hold what Walk with Sally provides for children close to my heart and I’d like to dedicate this article to my beautiful friend Nikki, her family, and especially Paul Rallo. 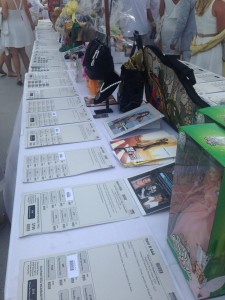