Let me start by saying I’m a huge fan of Shark Tank on MSNBC so when I was invited to hang out at Expert Dojo for a few days and witness a real live investor pitch fest, the answer was an obvious yes!

Two highlights of the 3-day fest dubbed ‘The Ultimate Investor Festival & Extreme Tech Challenge’ included keynote addresses from speakers Maxx Bricklin (Venture Partner at Bold Capital Partners, X Prize and Singularity University) who spoke about what it takes to get funding, the X Prize and everything that Peter Diama ndis is creating 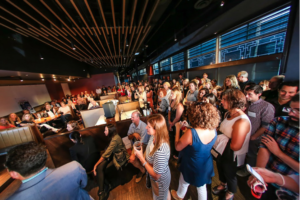 beyond the next frontier; and Brock Pierce of Bitcoin fame who spoke about updates in the electronic currency marketplace.

But for me, my personal highlight was seeing someone I consider one of my own business mentors, Jenny Q. Ta, speak in an address called “Women in Technology: The Facts” where she laid down the law on the issues facing women in business- from funding to sexuality, to her belief that women can’t have it all and there’s nothing wrong with that! Jenny spoke about her early career on Wall Street and the process of building and running two investment firms- Vantage Investments and Titan Securities- before becoming a tech mogul. She now runs both Sqeeqee.com, the first ever social networthing platform, and VCNetwork.co, a platform revolutionizing the way startups and funders connect on a global scale. 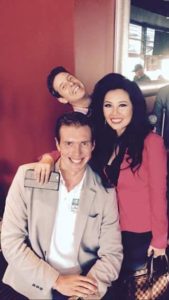 Jenny spoke about her the lack of women partners in VC firms in the U.S.- she estimates there are only about 7 firms with 1 female partner and talks about the importance of electing Hillary Clinton as our first female President in pushing women in business toward leadership positions. “We need to wake up Sand Hill Road, ‘the boys club for Silicon Valley’ and shake things up! We need women to help other startups go to the next level. I really want to see more women empowering other women by starting their own VC firms because that is when they are most empowered to support other women founders. Only then are women not nailed down to their bosses and partners who have been tied to the traditional system of promoting and funding men.”

Perhaps the most interesting thing for me was to find out where a Wall Street Millionaire who’s now on top of the tech game, finds her daily inspiration. When asked this question by a male audience member, Jenny revealed that when she’s facing the challenges in business and in life she often pulls her inspiration from music lyrics. “Selena Gomez,” says Ta. “When I need to get fired up I listen to her songs. I really like some of the songs, but I LOVE the lyrics.” The reporter jokingly judged this response and Ta continued, “It depends on who you are, you might not like her music. You might judge that response but I love her lyrics. When I get up in the morning and I run on the beach, I put my headset on to listen to her lyrics because that’s what attaches to me and my spirit. That’s what empowers me and you have to find whatever empowers you. Just because you are a man and might have a different perspective you don’t get to say what works for me and that is exactly what I am talking about. As women, we need to speak up and say what we think and who we are and be confident in that.” 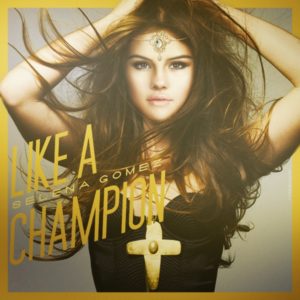 Attendees of the event are all vying for the grand prize which includes a trip to Necker Island to pitch Sir Richard Branson along with 6 of the biggest influencers in Tech at CES (all men).

Don’t forget your iPod for the flight and be sure to jam out to Selene’s “Like a Champion” and slay in the room!