This month FOX is once again taking a chance on the limited series format with its suspenseful TV show Wayward Pines. The show stars Matt Dillon as a man stuck in a small town full of mysteries.

Loaded up with an all-star cast that includes Terence Howard, Toby Jones and Carla Gugino it is sure to entertain. 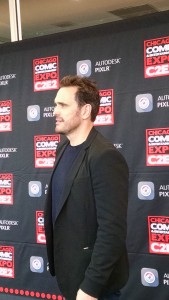 Matt Dillon talks about his new role in Wayward Pines.

Press Pass LA sat down with Matt Dillon, the show’s star, to discuss his transition into TV and what makes the show so unique.

PPLA: What first attracted you to the script?

MD: Well it was two things. I mean you’re always looking obviously a good script. What I liked about it was the mood and the atmosphere in it. I like a good mystery something with a dark underbelly to it and this had that, I didn’t know what it was right away. And I liked that coupled with M. Night, I like his work a lot. We talked and found a way to work together.

You know what I like this way of telling a story. I wasn’t interested in doing a television series you know, necessarily, it is a limited series so it is a nice way to tell a story in a longer format. You can grow with the character.

PPLA: Do you find you prefer that format?

MD: I think in the best of circumstances it can be the best thing. I love movies, I love the big screen I love the magic of what happens and how a movie can change your life. But I think television increasingly has this creative potential, especially in a limited series like this. I mean you can tell a story over 10 hours instead of trying to cram it into an hour and a half. I think even though it’s called a limited series it is much less limited than a straight film or an episodic show. 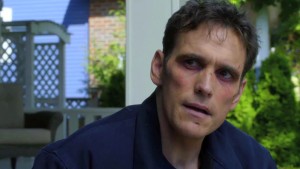 The test for me, whether it is television or film, is if it I can turn it on and I’m interested in the characters and what they are doing and the mood of the atmosphere of the show, then it has succeeded with me. Obviously it is going to help with Wayward Pines to start from the beginning since there are a lot of surprises and reveals but I think if you do turn it on I hope that the characters and the actors are engaging enough that people will want to watch even if they don’t know what has happened.

The series airs on FOX May 14th.