WE IN THE MARKET RIGHT NOW FOR A GANGSTA PET: WARNER BROS. ‘KEANU’ 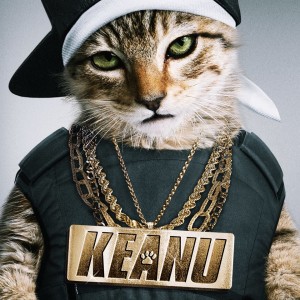 Keanu follows two best friends, one a lazy stoner and the other a boring suburbanite, who infiltrate the local criminal underworld when a beloved kitten is abducted by a dangerous gangster. Feel free to fill in the blank on the hilarious mayhem that follows!

The film debuted as a work in progress cut at SXSW just a few weeks ago to mixed reviews, but definite buzz to see the finished version.

So where does Keanu Reeves come in? According to the L.A. Times, the script was initially floated to Keanu’s team who passed but once his sister showed him the feature trailer, the star jumped at the chance to be a part of the film.

Keanu reached out to director Peter Atencio and they were able to make it happen! 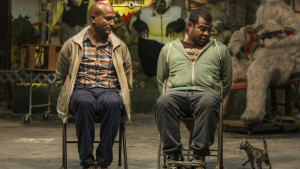 There is a scene where Keanu, the kidnapped kitten at the center of this comedy, speaks with the voice of Keanu Reeves while hallucinating during a crazy drug trip with his captors.

In theaters this Friday April 29th.