Spill explores when BP’s Deepwater Horizon exploded in 2010, eleven men paid the ultimate price and countless thousands who call the Gulf Coast home found their lives irrevocably altered. This powerful work by Emmy Award-nominated writer Leigh Fondakowski (head writer of The Laramie Project) goes beyond the headlines to tell vivid personal stories from all sides. Based on interviews, photographs and court documents collected in the aftermath, Spill explores the rich culture of Louisiana’s Gulf Coast and the resilient nature of its inhabitants in the face of natural destruction and tragedy. Their stories, told in their own words. Directed by Martin Jarvis and featuring Jane Kaczmarek and James Morrison. 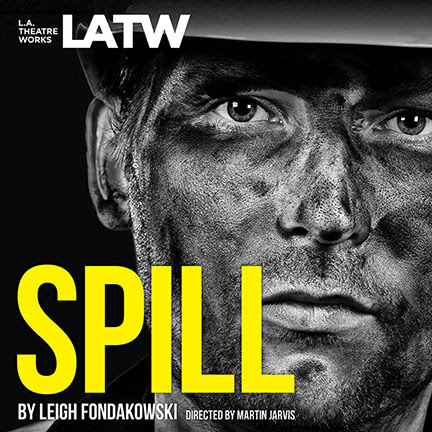 Each of the five performances at UCLA’s state-of-the-art James Bridges Theater will be recorded live in front of an audience for future radio broadcast, distribution on CD, digital download and online streaming. L.A. Theatre Works’ syndicated radio theater series broadcasts weekly on public radio stations across the U.S. (locally, in Southern California, on KPFK 90.7 FM); can be heard daily in China and around the world on the Radio Beijing Network; can be downloaded as a podcast via iTunes and Wondery.com; and can be streamed on demand at www.latw.org.