WHAT YOU MISSED AT D23

For all Disney fanatics, the last last three days was like heaven on Earth, because the D23 Expo that only comes around every two years was in town. And all three days were filled with celebrities and breaking news.

Just in case you missed it, here’s what you need to know!

Breaking News Highlights:
•Star Wars, Toy Story Land, Pandora-The World of Avatar, Soarin’ and Iron Man are going to be some the new experiences coming to Walt Disney Parks and Resorts
•Colin Trevorrow will be directing Star Wars: Episode IX, which is set for release in 2019.
•Toy Story 4 is slated for release on June 16,2017.
•Orlando Bloom is Returning for Pirates of the Caribbean 5
•George Lucas, Danny Elfman, Johnny Depp were honored at D23 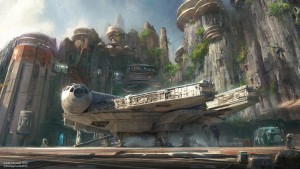 For those of you who wanted to go but couldn’t let me tell you this. It may have seemed like you missed the most exclusive Disney event ever but unless you attended all the panels, walking the floor at D23 was just a bunch of long lines and lots of cool things to look at.

If you didn’t want to wait forever in line, you could spend an entire day just walking around with a Mickey Mouse pretzel simply admiring all the cool larger than life displays or taking pictures with all the cosplay characters.

Some of the other activities at D23 included:

D23 was the place to be for all Disney fans and thanks to D23 we now have a lot of things to look forward to from the Disney Universe!