WIN TICKETS TO THE BURNING OF ROME @ VIPER ROOM 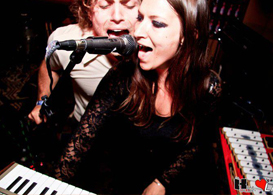 PPLA recently saw The Burning of Rome perform as part of the Sunset Strip Music Festival and had the chance to sit down with lead vocalist Adam Traub for an exclusive Q & A. We are excited to offer our fans a chance to win a pair of tickets to their next show at The Viper Room on September 20th. Enter here!

To win, you must:

2) Be the first to answer the trivia question correctly to win.

The question will be posted and midnight tonight (Friday Sept. 14th) and submissions end on Tuesday, September 18th, (the day of their album release) at noon! Remember you must be following our social media first to be eligible!

The debut of their album “With Us” is set for release September 18th on Surfdog Records. Recorded in LA at EastWest studios, produced by Adam Traub and Grammy Award winner Tom Biller, mixed by Dave Darling (Tom Waits, Jack Johnson, Brian Setzer) with additional remixes by Paul Leary (Butthole Surfers, Sublime, U2, Meat Puppets, Pepper). The Burning of Rome has been lucky enough to open for acts they admire such as The Black Keys, Edward Sharpe & the Magnetic Zeros, Devo, MGMT, Skrillex, Suicidal Tendencies and Jimmy Eat World, and they just won “Best Alternative Band” at the San Diego Music Awards.

Don’t miss out on this exclusive opportunity to see them at The Viper Room Thursday September 20th  brought to you by Press Pass LA.