A showrunner is the creative force and manager of an entertainment program. Both providing the vision and the work for a series, these heroes have great power, which comes great responsibility. Bureaucracy, in and out of the writers room, can challenge any artistic feat.

At WonderCon 2017, IndieWire held the first-ever Fan Favorites Showrunners panel where attendees learned about the struggle from six showrunners representing a variety of cutting edge shows.

The goal of crafting a worthy scene is its connection to the audience. In an age where social media rules, learning when a show hits the mark is easy. Recently there has been overwhelming support for musicals. The positive reviews over Gamble’s Les Miserables tribute on Syfy’s The Magicians has inspired her partners to deliberate the possibility of a full Broadway-style episode. No novice to musical numbers, McKenna’s Crazy Ex-Girlfriend attracts followers with it’s original music scores. She hopes that the variety of vocal talent on The CW will have cameos on her show. With the same mindset, Goldberg gleamed “I love musicals. If we have a third season, I’ll have a musical number,” referring to her brainchild The Path.

With the good comes the bad. The panelist had multiple horror stories of how their work is picked-apart in real time. “Those were some of the angriest fans,” Gamble said of Supernatural addicts. She had to mute them on Twitter, an action where an individual isn’t blocked, but everything they tweet is unseen. Ray was surprised when he did not receive negative comments on YouTube about the comeback of Mystery Science Theatre 3000. “Of course it hasn’t aired yet,” he quipped.

The ever changing face of Standards and Practices, especially around profanity, was a hot topic. Ray, Bob-Waksberg, and Goldberg agreed that one blessing about having their shows on a streaming service, is the larger freedom around swear words. Bob-Waksberg did emphasis that he utilizes particular curse words sparingly, as that moment becomes more powerful when used. Gamble proclaimed that Syfy allows “unlimited s-words,” but she writes as many f-words as she can get away with. “Even though cussing is rare on The CW,” McKenna said, “and it’s known as the ‘freaking’ network, always negotiate.” For the popular song on the Crazy Ex-Girlfriend series, “Sh*tshow,” she asked for two bleeped s-words, and the network “literally gave us two sh*ts.”

Bob-Waksberg teased, “It’s hard to write a show from the fetal position,” after a fan asked how the present political environment has affected the group’s work. Art often reflects life, but it can be surreal for life to reflect art. In an episode of DC’s Legends of Tomorrow, history is rewritten and an evil narcissist controls the world. When Guggenheim wrote the episode, he “thought the [real] world would be a lot different.” Gamble agreed, citing that certain jokes were removed from her show as they were framed with the belief that Hillary Clinton would be president. Although the old material had no significance, Gamble found that pursuing an arc around a character’s rape and abortion became more impactful in the current climate. 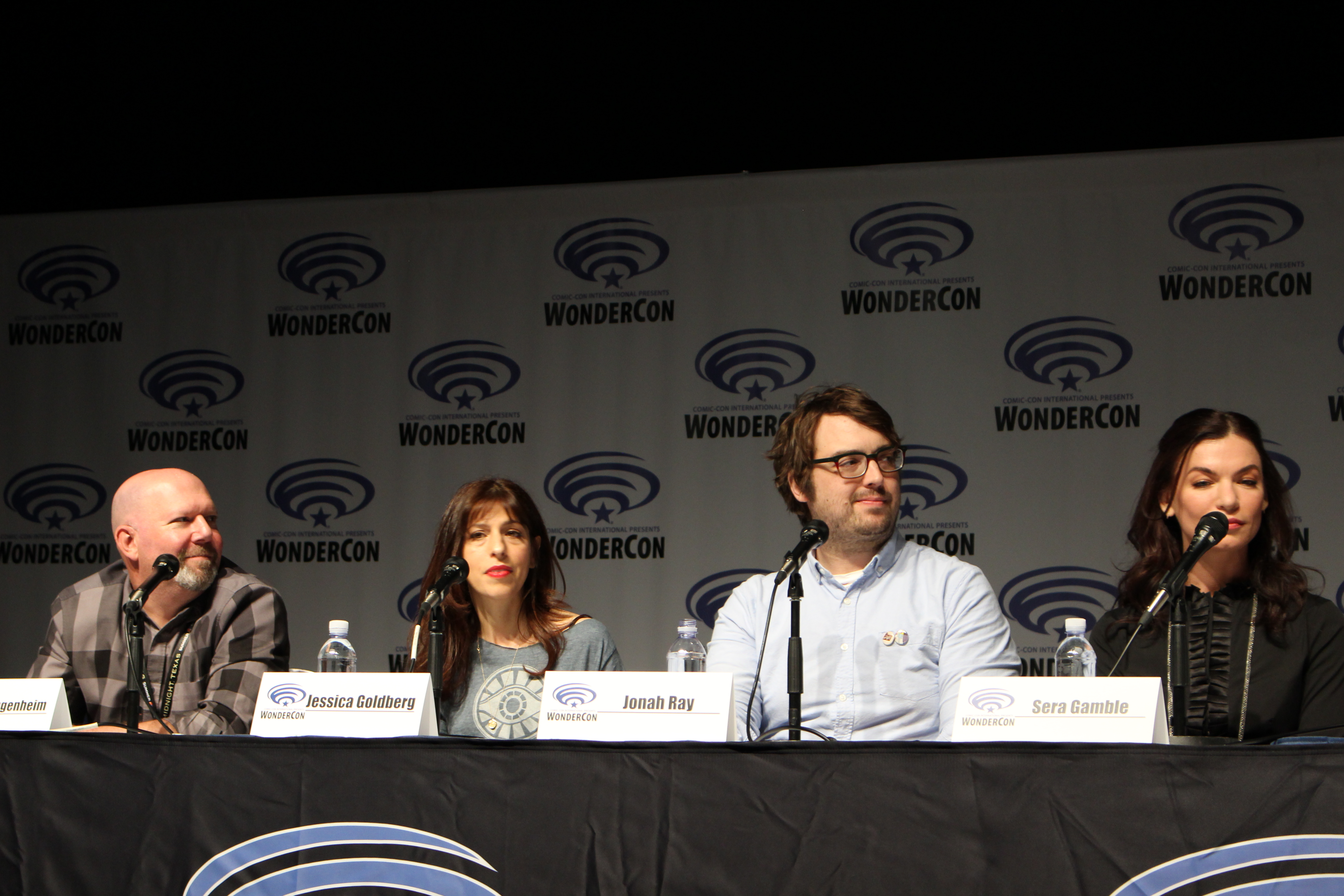 The spirit of the panel was to learn secrets of the trade, despite that, the true burning question was over rumors for an upcoming writers strike. Producer Bob-Waksberg emphasized that although no one wants a strike, “writers would like to be paid fairly.” The guests agreed that the entertainment industry has transformed into a corporate monster that doesn’t compensate it’s visionaries, or provide them consistent opportunities.

“Shows only produce 10 episodes,” Bob-Waksberg explained, “that’s fewer paychecks.” Writing for multiple shows does not solve the problem of establishing a consistent living wage, as Guggenheim pointed out that “contractually, some [writers] are prohibited from working more than six months.” He clarified for the crowd that it can take weeks to conceive an episode and they are paid per diem. When Bob-Waksberg pointed out that their healthcare was slashed, Guggenheim mimicked the President’s verbosity, joking, “No worries. Everyone’s going to have this awesome health care. It’ll be the best. It’ll be bigly.”

Later in the month of April, members of the Writers Guild of America will be voting on whether they will activate the strike. Guggenheim reaffirmed, “No one wants to strike, but that is our one negotiating leverage.” It was apparent to the group that corporations have forgotten how essential writers and showrunners are. Their charge is to provide meaningful content that  both inspires, moves, and entertains. Although creating content is difficult, it turns out the biggest hurdle of the industry is the industry itself.