Press Pass LA had the pleasure of speaking with  Aliya Hashemi from the upcoming band, Zeta Wave. Hashemi just finished recording and writing her new EP entitled Over. The six track album will be released on Oct. 14th 2014. 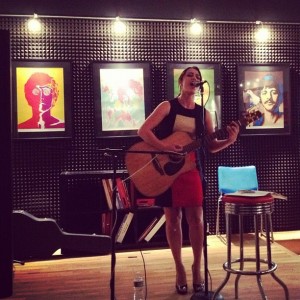 A native of Seattle, Hashemi recently move to the L.A. area.  Her music has been compared to dance- pop like Robyn, Marina and The Diamonds, and Ellie Goulding. We spoke with her about her new EP, her musical influences, and what her journey was like from Seattle to L.A.

PPLA: When did you first get involved with music?

AH:  I’ve always loved music. As  a child, I would pick up toys and make them into microphones. I played the piano at eight and the flute at age twelve.

PPLA: Who were some of your music influences?

AH:  I think early on, I loved pop radio. I felt impacted by it. I love The Beatles Anthology!  Other early inspirations included A Tribe Called Quest and Fiona Apple.

PPLA: Tell me about your single “Strange Heartbeat.”

AH: This song is about a breakup, about hanging on and trying to make it work, but not being able to ignore the uneasiness in your heart. Knowing that it’s time to move on.

PPLA: How did the collaboration  with MSMR’s Zach Nicita come about on this track ?

AH: I discovered Zach Nicita (of NICITA and MSMR) on Youtube. I was impressed by his creativity and reached out to him on Facebook and shared a rough recording of the song. Nicita agreed to program drums and worked on them in New York and on his off time while on tour with MSMR. I then added  eerie synth and MOOG sounds to round out the song with a musician friend here in L.A.

PPLA: Do you have any other favorite tracks from the new EP?

AH: “Waltz” which I wrote during a dreary Seattle winter.  “Waltz” is about finding and losing yourself in a love that is larger than you, that which is always with you and transcends the day-to-day happenings that can bog you down. It was a good escape from the endless grey days! 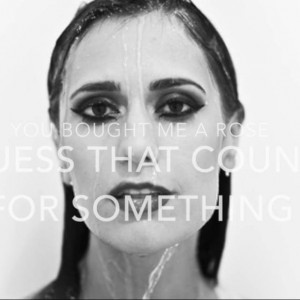 Now that Aliya has moved to the sunny City of Angels, you can catch her performing next at Noho2 Studios (10428 Burbank Blvd., Burbank, CA) on August 30th.

Check out her video for “Strange Heartbeat.”