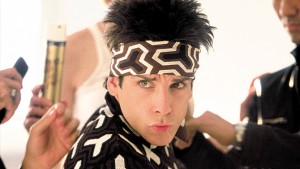 Both actors came in character during the Valentino show for what is being called the walk-off of a lifetime between Derek and Hansel.

The sequel has been rumored for decades now and while there had been casting rumors nothing was considered real until now. It is believed that much of the original cast will return.

Shortly after the announcement Paramount Pictures tweeted out all the details. Start practicing your Blue Steel look now!